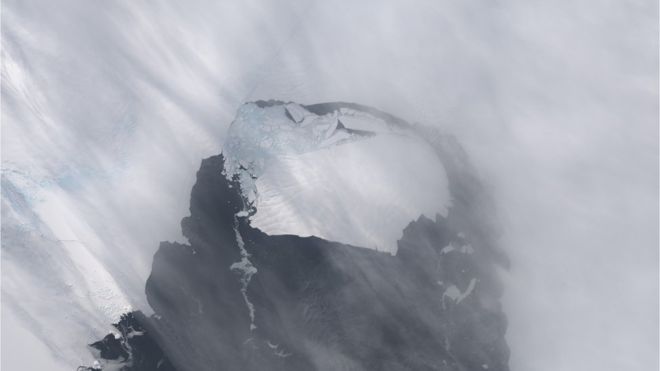 Satellite images captured by NASA over 25 years have given scientists a better idea of how the glaciers of Antarctica are being affected by rising global temperatures.

All of that has led scientists to see that the glaciers are losing almost 23 feet of ice each year and the specific glaciers studied all contribute to sea levels around the world into the Amudsen Sea.

The melting adds between 120 and 140 tons of ice to the ocean, which scientists say will raise water levels globally anywhere from 1.33 to 1.5 inches each year.

“As the glaciers accelerate, they have to take ever more ice from the interior to compensate for the speed-up. This means they thin; they lose height, which we can detect from space,” said Hannes Konrad, researcher for the Center for Polar Observation and Monitoring.

The research shows that all of the glaciers in question are thinning out, but not in a constant way from glacier to glacier. This information will help scientists to better forecast rising sea levels.

RELEVANT’s Most Read Stories of 2016