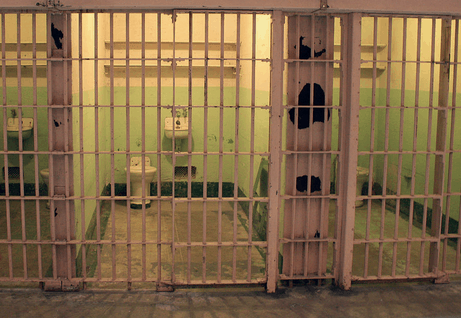 A horrifying case is emerging from a San Francisco jail, where public defender Jeff Adachi says four police deputies forced prison inmates to fight “gladiator-style” and placed bets on who would win. Adachi says the deputies staged “outrageously sadistic scenarios that sound like they’re out of ‘Game of Thrones,’” promising hamburgers to the winner and says inmates were “threatened with Mace, handcuffed beatings, and transfers to dangerous housing quarters if they refused to fight.” Inmates were also threatened with tasering if they sought medical attention for any injuries sustained in the fights, the inmates say.

Deputy Scott Neu, one of the deputies accused of orchestrating the fights, allegedly told the inmates that “anything goes …Just don’t punch the face so no one can basically see the marks. But anything goes, other than the face.” Neu had been previously accused of forcing inmates to perform sexual acts. That case was settled out of court. But new lawsuits allege that Neu forced inmates to gamble with their food, clean up human waste and vomit without protective gear.

All the deputies involved in the case are white—the inmates in question are not. Adachi says at least two bailiffs knew about the fights, but didn’t say anything. Neu and others have been transferred to administrative roles, and the San Francisco County Sheriff’s Office has asked the Department of Justice to oversee an investigation.

Everything We Know About Germanwings Pilot, Andreas Lubitz