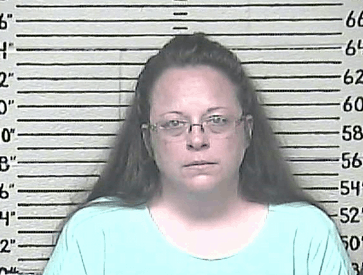 The clerk’s office in Rowan County Kentucky has issued its first marriage license to a same-sex couple, one day after clerk Kim Davis was jailed. A U.S. District Judge found her in contempt of court for refusing to issue licenses to same-sex couples, despite the recent Supreme Court ruling making gay marriage legal across the country. Only one clerk deputy, who happens to be Davis’ son, refused to give out the licenses after she was jailed for refusing them on religious grounds.

Lucille Ball Lives: Cate Blanchett Will Play the Actress in an Upcoming Film