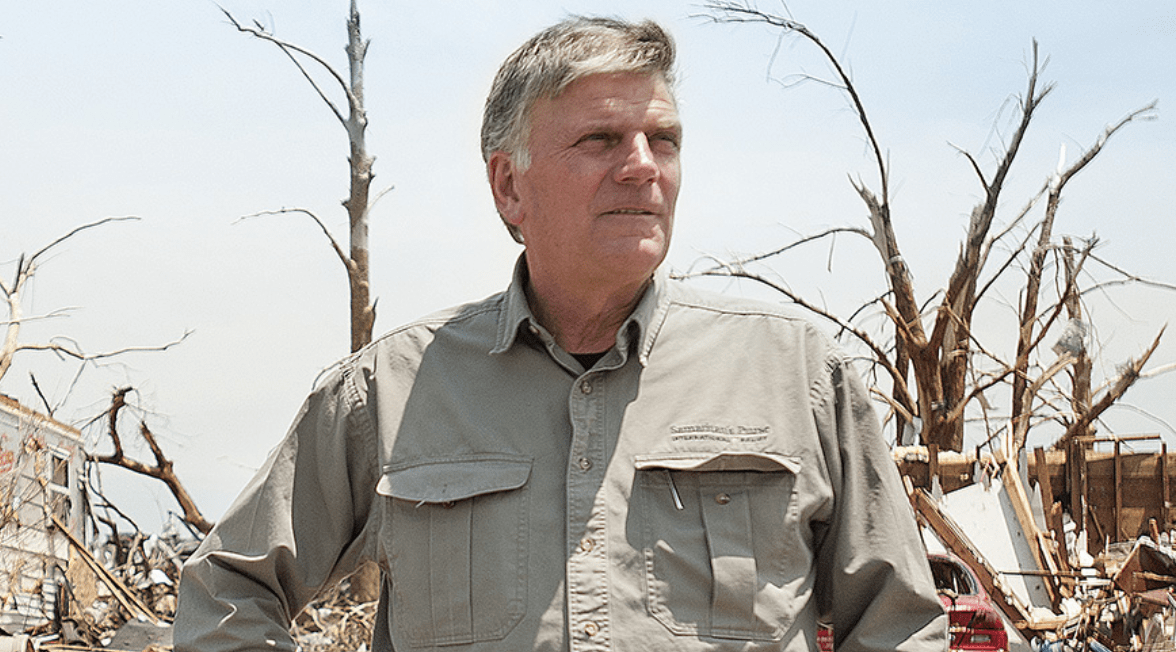 Samaritan’s Purse, the massive humanitarian aid organization led by Franklin Graham, will partner with churches and other organizations working in Del Rio, Laredo and McAllen along the U.S.’ southern border to deliver aid to detained migrants. Immigrants cleared by U.S. customs are receiving food, medical supplies, diapers and other needed items from Samaritan’s Purse, relieving an immigration system stretched well past its limits.

Samaritan’s Purse has also come to the aid of a Laredo pastor who has opened his home to more than 100 migrants every day, pitching in to help supply mattresses, a refrigerator and temporary shelters.

“We have been asked by churches in the area to help and that is what we are doing,” Graham told CBN. “Many of these migrants they’ve been traveling for as much as six months. They’re tired. They’re dirty. They’re frustrated and they’re coming into our country.”

The announcement from Samaritan’s Purse follows a call from Christian singer/songwriter Nichole Nordeman, who wrote an open letter to Graham in the Washington Post, in which she pleaded with Graham to use his reported influence with President Donald Trump to reverse recent “zero tolerance” policy shifts that have overtaxed the immigration system along the border.

Over the weekend, Trump drastically tightened restrictions on U.S. asylum laws, barring any migrants who pass through another country on their way to the U.S. from applying for asylum. The law applies to unaccompanied children as well as adults, and effectively ends asylum claims on the southern border. Several legal experts told Time Magazine they believe the new rule is a violation of international law and will not hold up to legal scrutiny. The ACLU plans to sue.

Graham denied that any outside pressure was involved in the decision to send aid to the border, saying “I don’t respond to social media critics.” He told CBN he believes Congress created the border crisis but expressed gratitude that “We have a President now who’s at least trying to solve these problems.”

All Our Favorite Shows Have Been Nominated for Emmys

Wait. Is the Upcoming ‘Barbie’ Movie Actually Going to Be Amazing?