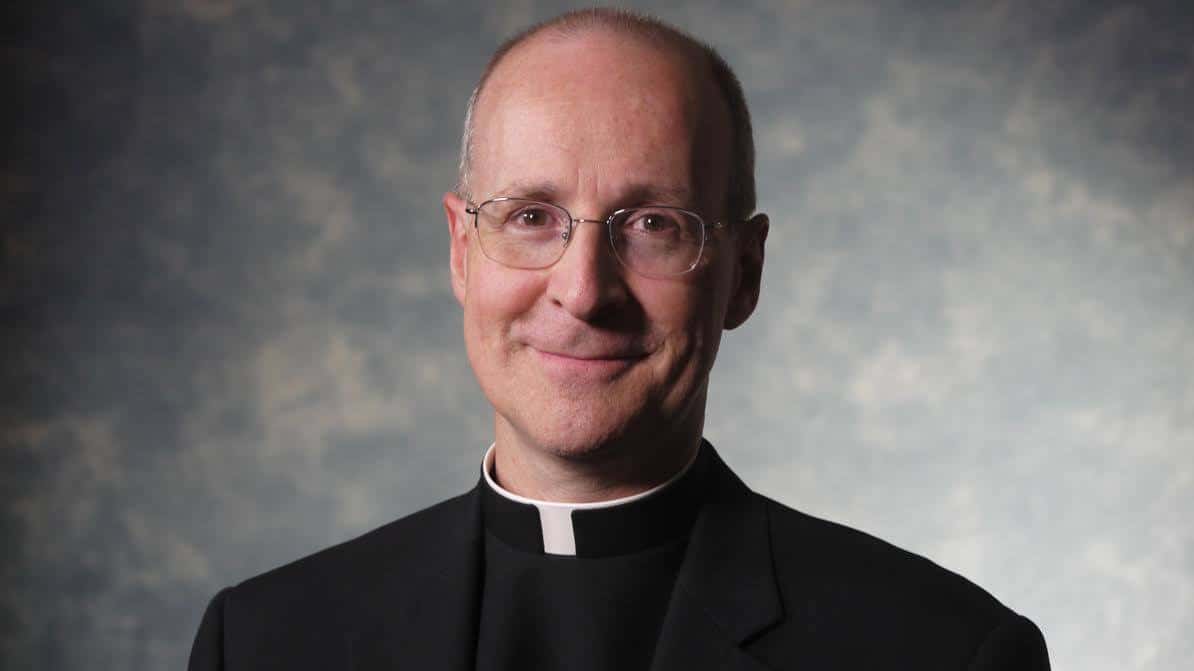 In the newest episode of the RELEVANT Podcast Network’s The Faith Angle, hosts Jonathan Merritt and Kirsten Powers sit down with Ross Douthat and Father James Martin to discuss Pope Francis and changes in the Catholic Church.

Douthat, a New York Times Op-Ed columnist who writes about politics, religion, moral values and higher education voices his concerns about the changes in the Catholic Church, while well-known Jesuit priest Father Martin speaks his mind from a pastoral perspective.

You can subscribe to the show and listen to the full conversation. (This version has been condensed.)

On the Danger of Altering Catholic Values

Kirsten: Ross the title of your book is To Change the Church. Tell us how you think Pope Francis is trying to change the church and why you’re so concerned about it?

Ross: Sure, I mean, I think pretty much everyone agrees on the general way in which the holy father is trying to change the Church, just because Pope Francis himself speaks about it all the time. There’s a sense of the desire for a church that’s more open to internal dialogue and debate, a church that, in his language, goes out into the peripheries and worries less about forms and rules and so on in the pursuit of evangelization. So there’s a sense at the very least that from the beginning Pope Francis has seen his pontificate as a kind of, corrective—and a continuation in various ways—but more interestingly a corrective to the pontificates of John Paul the 2nd and Benedict the 16th.

I think he and people around him have a sense that the church’s pendulum swung too far toward the firm reassertion of Catholic rules and vision of the Church as a bulwark against the turbulence of modernity and so on. And that the time had come to throw open the windows, let in air, have arguments, have an airing of grievances—and that’s sort of the big picture, and I don’t have a problem with that big picture.

As a journalist, I like having an argument about Catholicism as much as the next person. I think that the area of specific concern for me, and for quite a few conservative and traditionalist Catholics, is the extent to which this general spirit has sort of come to a sharpened point in the pope’s attempt to specifically change the way the Church approaches the question of communion for divorced and remarried Catholics who haven’t had their first marriages annulled.

I think there’s a big danger for the institution both in terms of its credibility and its actual fidelity to Jesus in the New Testament in letting the gap between the new pastoral and the doctrinal get too large. When institutions basically say, well we have these truths, but they’re off on a shelf somewhere and we’re basically living in the world like everyone else, they put themselves in a very vulnerable position and give the perception, fair or not, that they don’t actually believe in the truths themselves and they’re just sort of stuck with them because it’s the Catholic Church.

Kirsten: I’m sort of interested in, Father Martin, you talking about this aspect of the pastoral approach to this issue.

Father Martin: I would say I agree with Ross on many things. Pope Francis is trying to change the Church. I would say it’s not so much a corrective as a kind of deepening of what St. John Paul the 2nd and Pope Benedict did. He used the example in an interview with America Magazine with the teacher who has completed one lesson and is now moving onto another one. So it’s not changing the former lesson, it’s moving onto another one. And I think that’s a good way of explaining it—the Church actually trying to help the doctrinal reflect the pastoral reality already. So the pastoral reality has been, how do you help a couple who has been in the situation that Ross described?

But how do you help anybody who is in a situation where they are unable to live up to what the Church teaches? And frequently, it is helping them understand the Gospel and church teaching and then helping them to have a formed conscience and helping them to some sort of discernment—which is what the Pope is talking about. So it’s not so much pulling them apart as it is pulling them together: the pastoral and the doctrinal. The Pope is sort of restoring this ancient tradition: the role of the primacy of conscience which had really been lost in the last 30 or 40 years. The Catholic teaching is that an informed conscience is the final arbiter of decision making.

So what the Pope’s trying to do is to restore to center stage the individual conscience in the light of the gospels and church teaching.

On LGBT Catholics and Their Role in the Church

Kirsten: For a Catholic to be unable to take communion seems to me it’s like turning off oxygen. It seems like a very extreme thing to do. So I’m wondering, Ross, what you think the role of communion is.

Ross: I think there’s a balance to be struck. Typically, yes, communion is a kind of medicine and should be taken. But taken in the wrong circumstances it doesn’t work, and the church has an obligation to in affect, protect people from a kind of sacrilege. Whereas, if you’re taking communion in a situation where you are potentially in a state of mortal sin it’s not going to do the work that communion is supposed to do, it’s a sacrilegious act.

Father Martin’s written a book about fraught and terrible relationships between gay Catholics and the Catholic church. And I read his book and I agreed with a great deal of it. My doubt about his book is similar I guess to my doubt about Pope Francis, which is, it sometimes seems like this pastoral approach is an asymptote, right? It’s one of those lines that approaches what it is about church teaching about homosexuality but it doesn’t ultimately want to get there because there’s an unavoidable tension between the church and that culture on that point. But I’m just curious. Do you think, Father, that through this approach, you get back to having the culture here, the deeper church feeling afresh? Do you get there?

Father Martin: Well that’s interesting, and thank you for bringing up my book. I would say two things, first of all, the book purposely does not touch on issues of sexual morality, so I do not talk about same-sex relations or same-sex marriage purposely because I think there are more things to talk about when we talk about LGBT Catholics. And that’s not a dodge, it basically means that most of these people don’t feel welcome in church, they don’t feel like God loves them, so before we even talk about those things–which by the way, the church hierarchy and LGBT Catholics are way far apart on–we have to talk about the basics: i.e. God loves them; God created them this way; etc.

But I would say, when we’re talking about church teaching, the notion that we’re watering it down, I think is not helpful because–once again–the primacy of conscience is in fact church teaching and is a quite ancient church teaching that’s being restored. So when we’re looking at this idea of the asymptote, the goal is to actually help people form their consciences and, again, to in fact trust that the informed conscience of the individual will choose well. And I think that’s for a person who is a divorced and remarried Catholic without the annulment or an LGBT Catholic.

Ross: But the way you’re describing it, it ends up functioning [as] an escape hatch. You say, we have all these teachings and society has moved away from these teachings in all kinds of ways; and this creates this incredible tension between New Testament sexual ethics and the way we all live now.

By the way, when I say we all I mean we all, I live in the same world as everyone else. My parents and grandparents are both divorced. I’m not offering this argument from a position of medieval monasticism, as pleasant as that seems sometimes to contemplate.

But you have this tension: You can’t read the New Testament and not see this tension between what the New Testament says about sex and what the culture says about sex. And it’s true that the church teaches the primacy of context, but for the informed conscience to disagree with not just a particular church teaching, but this entire vision of sex and marriage that the church has offered that goes back to Jesus, that’s a big thing and you better be sure about what your conscience.

On Remarrying Without an Annulment

Kirsten: Before you answer that Father, I just want to add also, that this
[being remarried without an annulment] is a mortal sin. How could you, pastorally, say that that’s okay? What would you say to that?

Father Martin: First I’d say that both of those questions are dramatically underestimating the working of the Holy Spirit in an individual. It’s basically saying that the Holy Spirit cannot be at work through the individual conscience. It sort of reduces Catholics to cattle: if you don’t give them rules they’re not going to be able to discern. My experience as a priest–people do take these things very seriously which is precisely why the Pope is writing to pastors and Catholics to help them understand how better to discern. But as a Jesuit I put a very high standard on discernment and I don’t think it’s a question of an escape hatch at all, because I’ve accompanied people in these situations and–let me tell you–they do take church teaching very seriously. By the same token, they are grieved to not participate.

I mean, [for example] the question of birth control. Catholic couples who I counsel take those teachings seriously, and yet have to come to a decision.

So I think the idea that the [appeal to] conscience [can be used as a] kind of an escape hatch is really not what the church teaches. “The conscience is where God’s voice echoes within our hearts.” And I think the point of Pope Francis…is we need to reverence [the conscience] much more than we have in the past 30 years. Unfortunately it has been seen as an escape hatch…It’s complicated and it’s gray and it’s not black and white, but I think it’s essential.