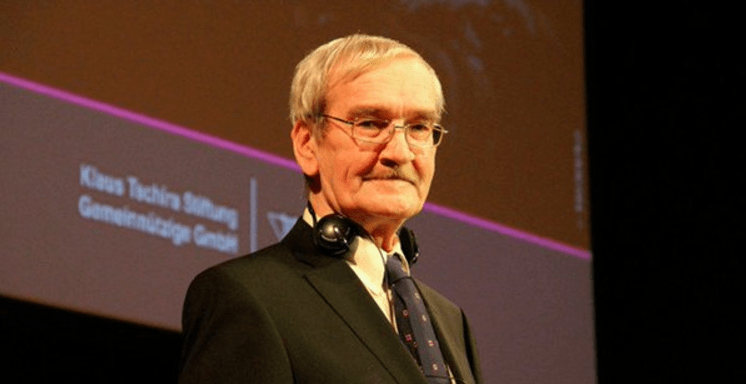 Soviet Lt. Col. Stanislav Petrov passed away in May, though news of his passing only recently hit international headlines. You’ve probably never heard of Petrov—very few have—but back during the ’80s, he singlehandedly stopped the Cold War between the U.S. and the Soviet Union from turning into a full-blown nuclear war, potentially saving tens of millions of lives. His story wasn’t told nearly enough while he was alive. Here’s what happened.

On September 26, 1983, Stanislav Petrov was stationed in a bunker in the Soviet Union, where his job was to serve as an early warning in case the U.S. launched a nuke. Just after midnight, his radar detected the unthinkable: a single inbound missile from the United States, headed towards the USSR.

“When I first saw the alert message, I got up from my chair,” he told RT in 2010. “All my subordinates were confused, so I started shouting orders at them to avoid panic. I knew my decision would have a lot of consequences.”

“A lot of consequences” is right. Petrov had been told to tell the Kremlin if and when the U.S. went on a nuclear offensive so that they could fire in retaliation. In essence, it was Petrov’s job to make sure that the Soviet Union’s response to a nuclear strike from the U.S. was of equal and devastating power. It was his job to start World War III, should the need arise.

My cozy armchair felt like a red-hot frying pan and my legs went limp,” he told RT. “I felt like I couldn’t even stand up. That’s how nervous I was when I was taking this decision.”

The decision he made was a gobsmacking one. He told his subordinates to ignore the radar. He told it must have been a malfunction, the U.S. had not fired any missiles, and essentially told everyone to move on. If he’d been wrong, of course, they would have only had a few minutes to find out before perishing in a fiery death. But Petrov’s hunch was right: The Soviet radar had accidentally caught some sun glinting off the clouds and mistaken it for nuclear missiles.

The incident was highly classified and Petrov was even scolded for not reporting to his commanders, but years later, when Petrov’s old superior, Col. Gen. Yury Votintsev, read the report and decided the story needed to be told.

“After reading this report, I was as if struck by thunder,” political activist Karl Schumacher wrote in his blog. “I could not get rid of the idea that I had to do something for the man who prevented an atomic war and thus saved the world.”

In 2006, the Association of World Citizens awarded him a trophy which read: To the man who averted nuclear war.

UN: More than Half of the World Still Doesn’t Have Access to the Internet