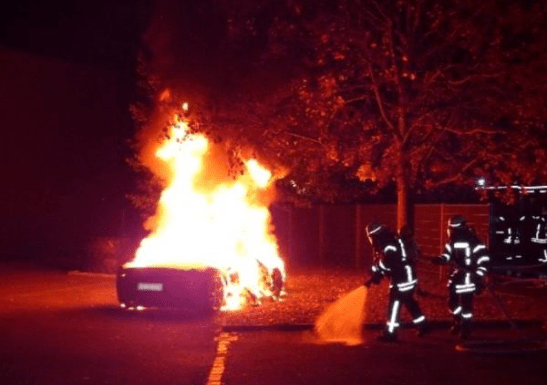 When the 20-year-old son of a Swiss millionaire took his Ferrari in for an appraisal, he found out that the trade-in value wouldn’t be enough to get an upgrade. Apparently, a car salesman suggested that insurance fraud was one way to get the cash, so instead of asking his dad, dipping into his roughly $10,000/month allowance or selling one of his 14 other cars, the kid opted for arson. He paid three friends to do the deed while he went for a massage. But, unfortunately, the arsonists were caught on tape by security cameras, and the whole scheme unraveled from there. Instead of a new Ferrari, the kid got a $32,000 fine and 22 months probation.

Jeb Bush Will Be Among Colbert’s ‘Late Show’ Debut Guests