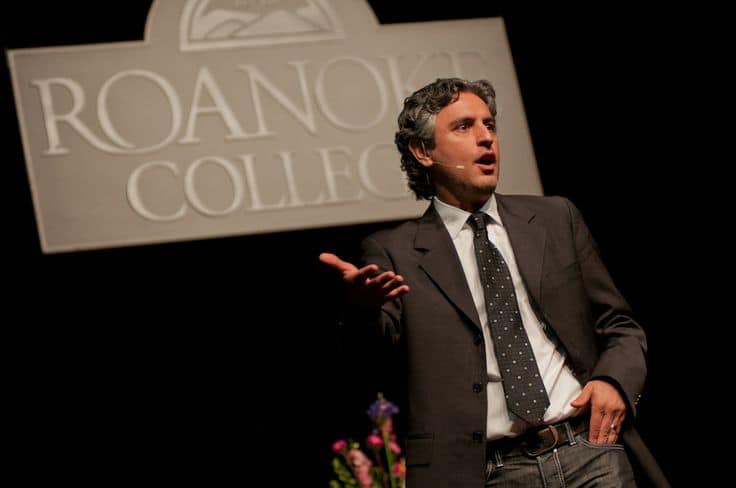 Reza Aslan, the popular author, intellectual and religious studies expert whose popular docu-series Believer explored various faiths and religions across the world, got called on the carpet for a series of explicit anti-Trump tweets, and now they’ve tanked his show. CNN has pulled the plug on Believer, saying that they “wish Reza and his production team all the best.”

The tweets in question called President Donald Trump “a piece of s***” in response to Trump’s own tweets about calling for a travel ban in light on the bombings in Manchester. Aslan has been a vocal and adamant critic of President Trump in recent months, but many felt this particular response crossed the line. Aslan eventually appeared to agree himself, releasing an apologetic statement.

“I lost my cool and responded to him in a derogatory fashion. That’s not like me,” he wrote. “I should have used better language to express my shock and frustration at the president’s lack of decorum and sympathy for the victims of London. I apologize for my choice of words.”

But it was too late to fix his relationship with CNN, who had already shredded a contract with Kathy Griffin for her photo depicting Trump’s severed head. “We are pleased that he has apologized for his tweets,” CNN said in a statement of their own. “That kind of discourse is never appropriate.”

In response to news that his show had been canned, Aslan said he recognized that CNN needs to “protect its brand as an unbiased news outlet” and also planned to find a home for his show on a different network.

Taylor Swift Has Caved In and Put Her Music on Spotify, Finally

The Surprising Way to Attack the American Food Desert Crisis