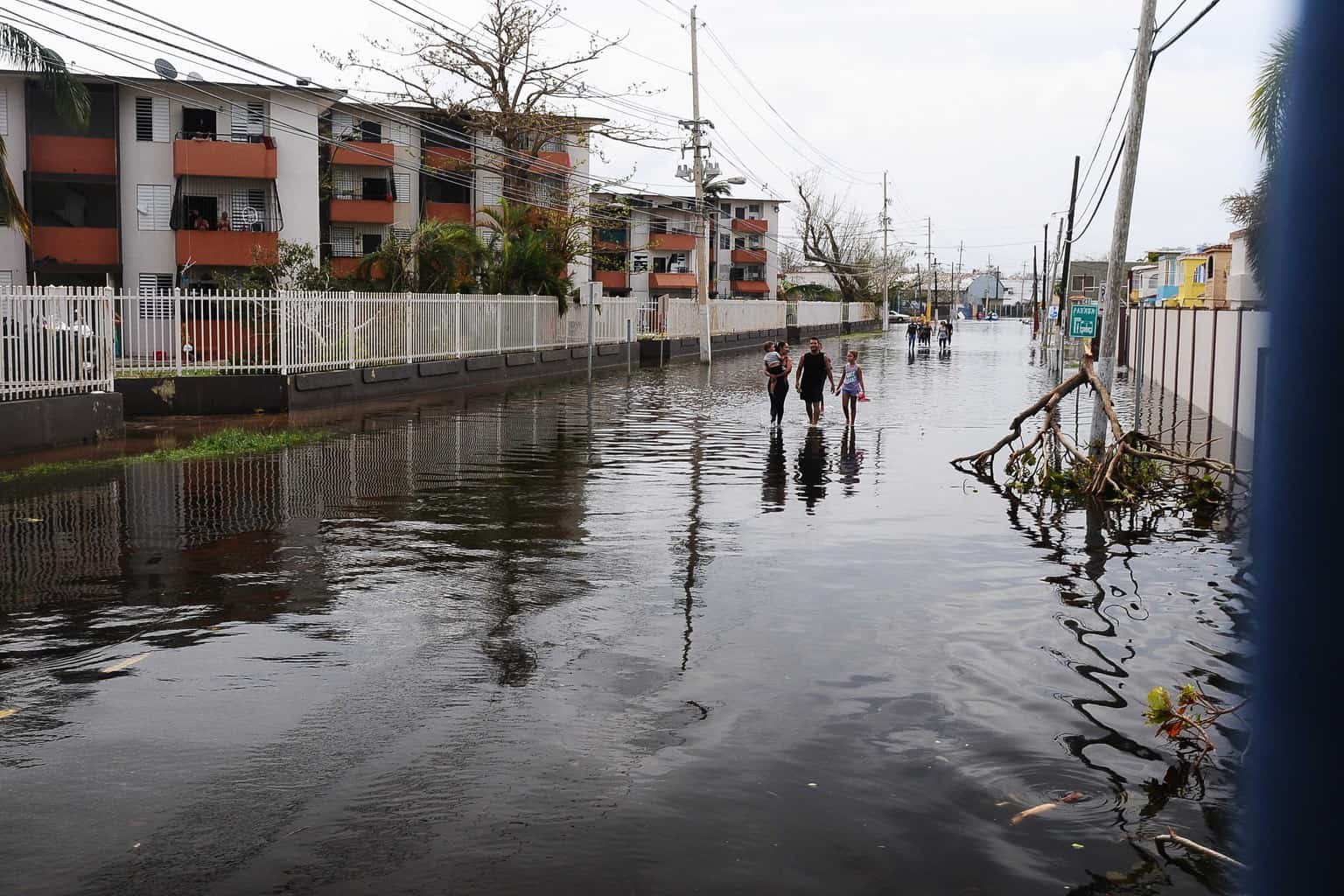 Ever since Hurricane Maria landed in Puerto Rico, there have been a lot of questions about just how many people have died.

The official death count, for weeks, remained at 16. That was the number President Donald Trump used when he visited as a way of pacifying accusations that his administration—like so many before it—was slow to respond to natural disasters.

Today, the official death count has gone up to 45, according to a statement from Gov. Ricardo Rosselló. But even that number seemed fishy to the reporters over at Vox. Over 90 percent of the island, give or take, still does not have electric power, and 35 percent don’t have drinking water.

Skeptical of the official claims, Vox attempted to get a real count of how many people have lost their lives so far. It’s an imperfect science in a place with little power, but one thing seems clear: The death count is not 45. It could be well into the hundreds.

You can read their full article to see exactly how they went about doing their research, but suffice to say, it was an exhaustive process. According to their analysis, at least 450 people have died in Puerto Rico since the storm. Vox was unable to determine the cause of every single death. Many of them were directly related to the storm. Many more were indirectly related, such as people who died because they didn’t have electric power or relief aid in the days following. And some would have died with or without the storm.

So why the huge discrepancy between the official death count and reality? It has to do with Puerto Rico’s strict standards for determining what does and does not count as a “hurricane-related death.” According to an audio recording obtained by HuffPo, “every death must be confirmed by the Institute of Forensic Science, which means either the bodies have to be brought to San Juan to do an autopsy or a medical examiner must be dispatched to the local municipality to verify the death.”

Sending a medical examiner to investigate every single death on an island that is only about 10 percent powered is obviously not realistic; hence, the low death count.

And it may not be done yet. Disaster experts warn that the longer Puerto Rico goes without power, the higher the death toll will climb. Diseases borne of drinking unfiltered water are likely to spread, and an unknown number of storm victims have no access to food. “They were eating the crumbs of the last slice of bread,” Project HOPE staffer Andrea Dunne-Sosa told Vox, describing a family in the coastal town of Loaiza. “There’s a lot of fear about what’s still to come.”

Erin Carrera, a nurse volunteer with National Nurses United, released this statement after visiting the island.

People are somehow surviving with the food and medicine they had on hand. They have received NO provisions. There is no running water and no electricity. Nobody is aware of the risks of drinking untreated water. We went house-to-house teaching families and asking that they spread the word. We also provided urgent care where we could. These communities are at great risk of water born illness epidemics. They need clean water that is safe to drink! There is a public health crisis coming to Puerto Rico that we could prevent with proper supplies and support from the US government. These conditions would not be tolerated in the 50 states. It is outrageous that we are leaving our fellow Americans with essentially no aid.

On Thursday morning in an early string of tweets, Trump said Puerto Rico’s current crisis is of its own making, saying “Electric and all infrastructure was disaster before hurricanes” and implying that the price tag to help Puerto Rico may soon become untenable. “Congress to decide how much to spend …We cannot keep FEMA, the Military & the First Responders, who have been amazing (under the most difficult circumstances) in P.R. forever!”

How Digital ‘Missionaries’ Are Reaching the Unreachable