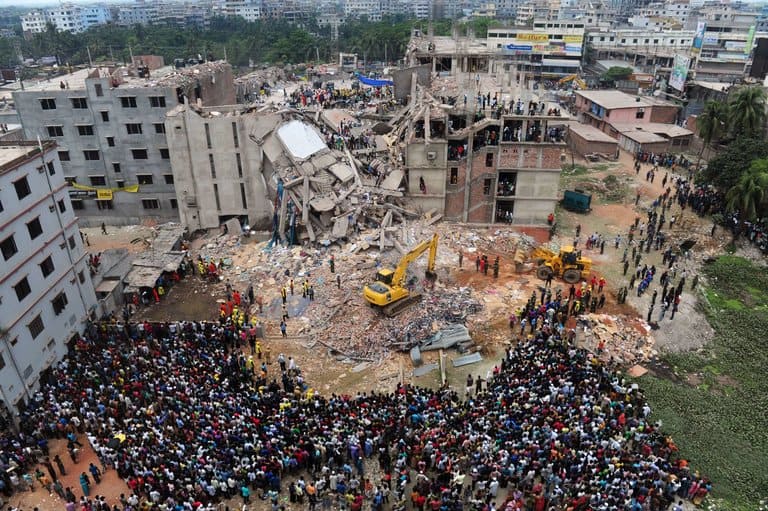 Three years after a garment factory collapse in Bangladesh brought international attention to the dangers facing overseas workers, thousands are still in danger. According to a new report by the group Asia Floor Wage Alliance, labor violations in factories making clothes for American brands are still prevalent.

The details of their reports are truly disturbing. Many factories not meet basic safety standards, workers face discrimination, low-wages are widespread, workers are subjected to sexual harassment and, in one case, workers protesting for higher wages were shot. According to the Wage Alliance, Walmart is even accused of benefiting from forced labor. At some factories, workers stand in the heat for hours without access to water.

Despite promises from brands including H&M, Walmart and Gap, the problems are still widespread. Though representatives from many of the brands said they are working to insure overseas conditions are factories are improved, critics say that the changes are happening to slowly.

Speaking to The New York Times about conditions in Bangladesh factories, the executive director of the Worker Rights Consortium said, “There have been substantial safety renovations in factories that have unquestionably made those factories substantially safer. At the same time, it’s also true that there have been unacceptable delays.”