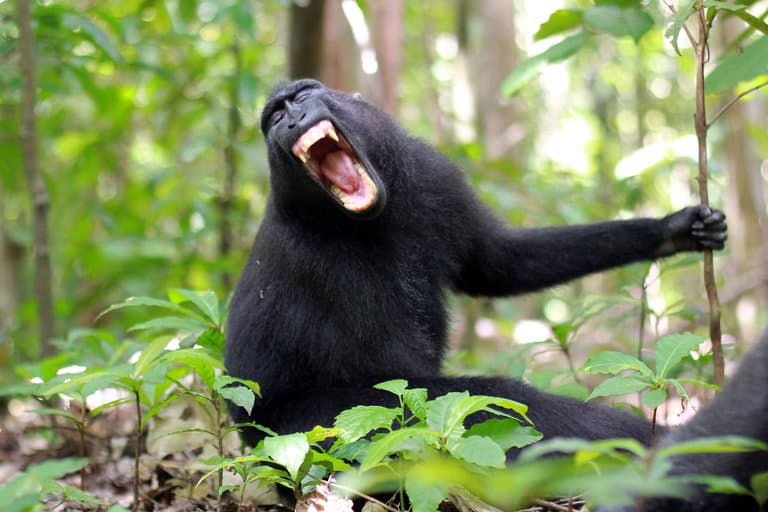 Monkeys are amazing. Primates have learned how to use money, cook, some have even picked up smoking (Google it). There’s not much a monkey can’t do, except talk. This one fact has befuddled scientists for years. Chimpanzees especially possess an eery knack for imitating human behavior. Some have even learned how to communicate using sign language, so why can’t they verbally say, “Hello?”

There are two frames of thinking that offer different antidotes. One researcher, Asif Ghazanfar, a neuroscientist at Princeton University, believes that monkeys have adequate vocal tracts to speak like humans do, but their brains lack the proper motor control to actually communicate.

The other avenue of thinking comes from Philip Lieberman, who has been working on this research for decades. He believes that even if the primate brain could develop the proper motor skills to communicate their vocal tracts lack the ability to form, “distinct human sounds.”

“It’s the difference between having a very saturated color and a very pastel color,” he told The New York Times. “The acoustic version of saturated colors would have been important for full-blown human speech.”

Speech scientist, Anna Barney, seems to agree more with Ghazanfar and even told the Times, “While monkeys may not have the full range of human vowels their repertoire is a very good starting place for speech.”

So, could monkeys learn to talk? Maybe. But if talking apes looks anything like what we’ve seen in the movies then we are fine with this scientific development taking as long as possible.