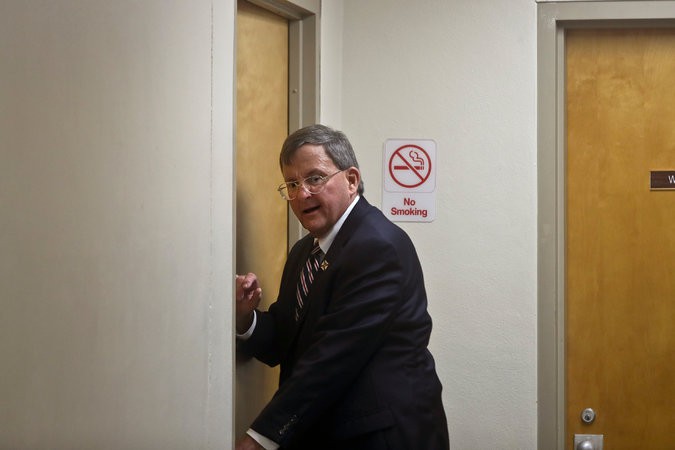 A new report by The New York Times shows how much the criminal justice system is still very much for sale, specifically in Dothan, Alabama, a city that nearly borders the Florida panhandle.

Dothan sits in Henry County, which participates in a program called pretrial diversion. Pretrial diversion allows first-time offenders and those accused of a non-violent crime to pay a small fee, in some cases take courses, and otherwise stay out of trouble and their case can be thrown out in order to help overloaded courts and over-crowded jails. While the program sounds ideal, it often comes down to money and who you know—particularly in Henry where Douglas Valeska is the current district attorney—because individual prosectors set the prices and the conditions for who qualifies for diversion.

In this case, Valeska’s conditions are stringent and the prices are high—in the realm of the highest in the country, according to the Times.

Dothan often requires people facing charges to pay $750 for a misdemeanor and $1,400 for a felony charge and Valeska requires the money paid up front and assesses each charge a separate fee. The fees can quickly add up—one person paid almost $10,000 for diversion privileges for a case made up of seven drug fraud charges. Valeska’s conditions have led to him making over $1 million over the last five years for the DA’s office, money Valeska is more than willing to dole out to other law enforcement agencies and counties.

A significant part of the problem is that Valeska does not offer any sort of relief or waiver for poorer defendants, even though they would have received diversion if they had the money. And in Dothan, where black people suffer from poverty at three times the rate as whites, they are disproportionately kept out of enjoying the benefits of diversion. Dothan’s population is only one-third black, but two-thirds of arrests were of black people.

The stories of those penalized harshly under Dothan’s policies include a young man who was suspected of underage drinking and when asked his last name and social security number, his number was off by two of the digits and he added an “e” in his last name, which doesn’t have one. Because of that, which he maintains was just a drunken mistake, he was charged with a felony. He had the opportunity to have diversion, but it cost $3,730 but he only worked part time. The first time around he could only pay $215—the DA’s office took his money, but denied him diversion. Later, he saved up about $900 and offered it to the DA while inquiring about payment plans moving forward. Again, his $900 was taken and diversion was rejected again.

The other option for those who can’t afford pretrial diversion is to go to trial in a system where many residents say their defense is inadequate due to the money-saving set up of the county’s public defense system. The Times even found cases where defendants in jail couldn’t reach their lawyers or complained about bad advice.

In this particular case, Valeska has been investigated, opted against running for re-election and will soon be succeeded in January. This problem spreads past Dothan and Henry County, further illustrating the point that justice in the court system throughout the country is often only equal for those who can afford to make it so.