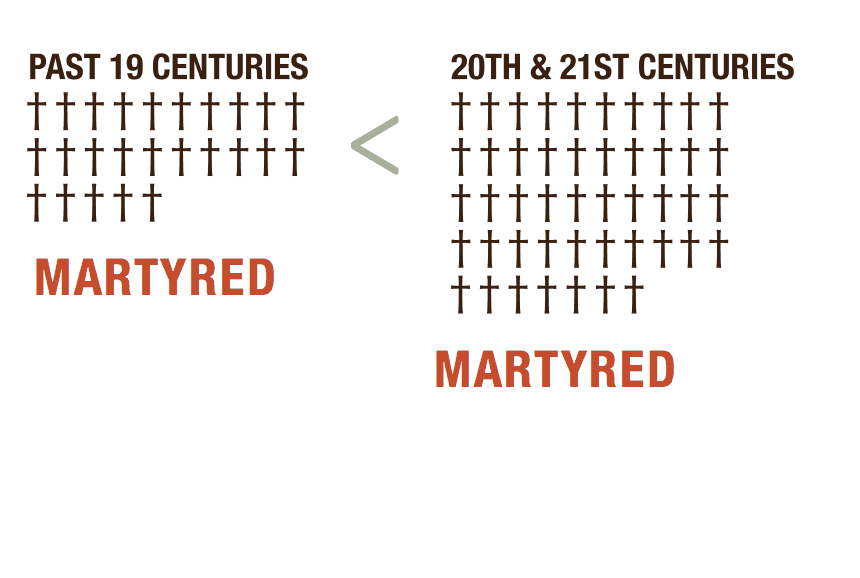 According to a report from the group Christian Freedom International, every five minutes, a Christian is martyred for their faith somewhere in the world. The group is preparing for the International Day of Prayer on Nov. 8, and has released several infographs (like the one above) that show just how large the problem of Christian persecution has become: More Christians have been killed for their faith in the 20th and 21st centuries than the previous 19 combined. According to their report, right now, more than 200 million Christians face persecution. The group Open Doors has released this global map, showing what countries are the worst offenders of religious persecution.