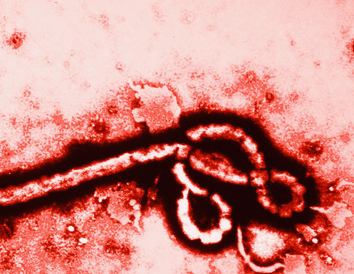 The Centers for Disease Control may have some explaining to do. On Wednesday, the CDC’s director, Tom Freiden, told reporters that nurse Amber Vinson—who helped treat Thomas Eric Duncan, the man who died from Ebola after traveling back to Dallas from Liberia—should not have taken a commercial airline flight earlier this week. Vinson herself has just tested positive for the virus. However, Freiden’s statement directly contradicts new revelations that Vinson was in contact with the CDC, who told her it was OK to take the Frontier Airlines flight to Cleveland on Monday. There’s also this: The CEO of the airline sent a letter to employees explaining,

At 1:55 p.m. MDT (Wednesday) Frontier was notified by the CDC that the passenger may have been symptomatic earlier than initially suspected; including the possibility of possessing symptoms while onboard the flight.

That means that even though the CDC initially told the public that Vinson didn’t have symptoms of Ebola during the flight, they are now telling the airline something different.

Though her fever was still low enough during the flight that it wasn’t technically classified as symptomatic, the CDC still told the public and the airline two opposite messages. Frieden told reporters, “Although she did not report any symptoms and she did not meet the fever threshold of 100.4, she did report at that time she took her temperature and found it to be 99.5.” Vinson is currently in Atlanta receiving treatment. Though the CDC says that it is very unlikely that Vinson spread Ebola, they are in the process of contacting the 132 fellow passengers to determine their individual risks …

Nothing Can Prepare You for Taco Bell’s Sriracha Menu

There’s More to Africa Than Just Problems to Solve