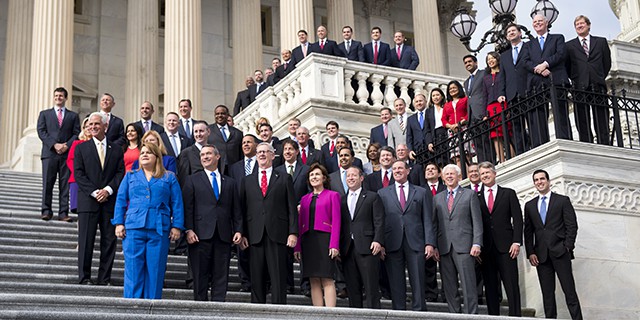 A newly released study by Pew Research Center found that 91 percent of the current U.S. Congress identify as Christian—a number that has not changed much in more than 50 years, despite its constituency’s Christian identity declining.

Today, about 71 percent of people in the U.S. identify as Christian.

Researchers found that in 1961, members of the 87th Congress were 95 percent Christian.

Of the 293 Republicans in both houses of Congress, only two do not identify as Christian and are Jewish. The 242 Democrat members are still overwhelmingly Christian, but feature a bit more diversity in terms of religion. Eighty percent identify as Christian, along with 28 Jewish people, three Buddhists, 2 Hindu members, two Muslims, one Unitarian Universalist and one member who calls herself “religiously unaffiliated.”

According to Pew, the 10 members who omit a religious affiliation are Democrats.

The associate director of research at Pew, Gregory Smith, told The New York Times that being religious may be politically advantageous.

“Lots of Americans tell us, with respect to the presidency, that it’s important to them that the president share their religious beliefs,” he said.