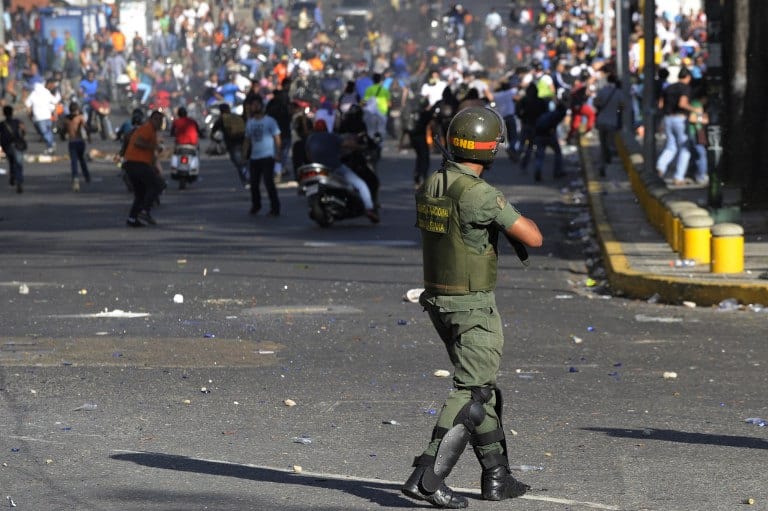 The continued decline of Venezuela has been one of the most persistent news stories of the past two years. At this point, the Latin American country is all but a failed state, and the violence and suffering there represents one of the world’s greatest humanitarian crises. And in a year like 2016, that’s saying something.

A new report shows the devastation is recording-breaking. The number of killings in Venezuela have risen to 28,479 this year, according to the Venezuelan Violence Observatory. Not only is that the highest number ever recorded in the country, but the report claims that number represents 91.8 of every 100,000 Venezuelans have been killed. That devastating number makes Venezuela the second most violent non-war zone in the world, with only El Salvador remaining more dangerous.

An in-depth article in today’s The New York Times documents some of the reasons for Venezuela’s decline—including deep problems in the economy, healthcare, food supply and resulting starvation— The report claims gangs have basically taken over in many neighborhoods.

In some kind of response, the Venezuelan government is now using its military to try to restore order. But the Times article suggests that these efforts are making everything worse. Venezuelan political scientist Margarita López Maya told the paper: “It has become more militaristic and more repressive. Anyone can be caught.” She says the victims of these crackdowns are often the civilians who needed protection in the first place. She continued: “We are walking on the path to a failed state. It will come to a point where no one is in control.”

What makes the situation in Venezuela particularly difficult is that the socialist government blocks most foreign aid, so helping the people there isn’t easy. But for those who want to give, there are a couple organizations working to make a difference:

–The International Red Cross. IRC works in Venezuela primarily among the armed forces.
—Programa de Ayuda Humanitaria para Venezuela. This group on the ground accepts donations of medical supplies and distributes them to those in desperate need—often without government permission.

If you know of more ways to help Venezuela, please let us know in the comments section and we’ll update this post as often as we can.

People Claim to Have Seen a Mysterious Movie That Never Existed