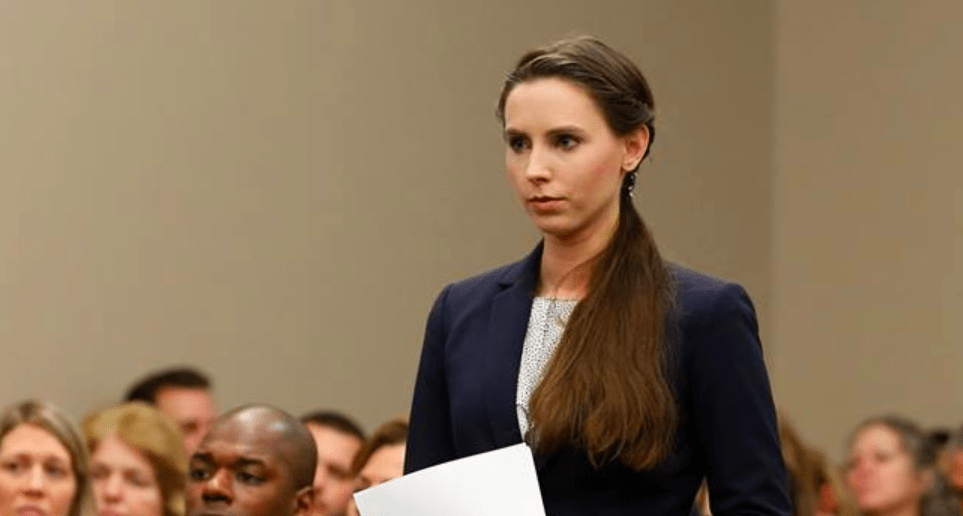 If you’ve not been following the story of Rachael Denhollander, it’s time to do so. She’s become a vital voice in the #metoo movement, and has been one of the leaders in taking its spotlight into churches. Denhollander was one of the first women to come forward with accusations against former sports medicine doctor Larry Nassar. In her powerful testimony, she mentioned that speaking out about his horrific abuses had cost her a church home.

That story was unpacked in a gripping interview with Christianity Today, in which Denhollander referenced a dismissed abuse lawsuit against Sovereign Grace Ministries [SGM], calling it “one of the worst, if not the worst, instances of evangelical cover-up of sexual abuse” that she knew of and saying it was “one of the most well-documented cases of institutional cover-up I have ever seen.”

Denhollander did not attend an SGM church, but she said that her former Louisville, KY church was “directly involved in restoring” former SGM president C.J. Mahaney, and that the church’s attitude toward victims and her own feelings led her to seek a new church home.

SGM responded to Denhollander’s accusations on February 2, saying that while the organization was “impressed by her faithful witness to Christ in such difficult circumstances” they felt it needed “to be said that she is mistaken in her accusations made against Sovereign Grace Churches and C. J. Mahaney.” The statement went on to say:

The Christianity Today article publicly mischaracterizes Sovereign Grace and C. J. based on accusations of which Rachael had no involvement and which are not true and have never been true. …It’s extremely difficult to respond to false accusations without appearing unsympathetic to victims of abuse.

Denhollander has since responded with a post on social media, in which she restated her beliefs that SGM was involved in a cover-up of sexual abuse in their organization, saying the more she’s looked into the situation, the more her “concerns have only solidified and grown.” She writes, in direct response to SGM’s denial, that she would be willing to help fund a full, independent investigation of SGM’s organization by GRACE, a Christian organization led by Boz Tchividjian made up of “mental health experts, former prosecutors, and pastors” with expertise in sexual abuse-related issues, and specifically how sexual abuse is enabled at institutional levels. Denhollander writes:

I will personally spearhead fundraising efforts for such an investigation and donate myself, to ensure that this can be done with no extra burden to SGM, if the organization will pursue transparency and accountability through GRACE. I will also readily accept any conclusions GRACE arrives at, and personally and publicly apologize if I am found to be in error.

The #metoo movement has initiated a long, long overdue reckoning with this country’s systemic toleration of sexual abuse, and hashtags like #churchtoo have helped bring the movement into Christian institutions. Denhollander seems poised to take a lead on bringing a magnifying glass to some of evangelicalism’s most untouchable spaces. “I am confident that the best way to care for past victims, and the best way to prevent assault in the future, is to take these steps,” Denhollander writes. “I hope to see them finally do so.”

Passion Shouldn’t Be a Prerequisite for Work

Is That Toad’s Hat or Just His Head? A Nation Divided