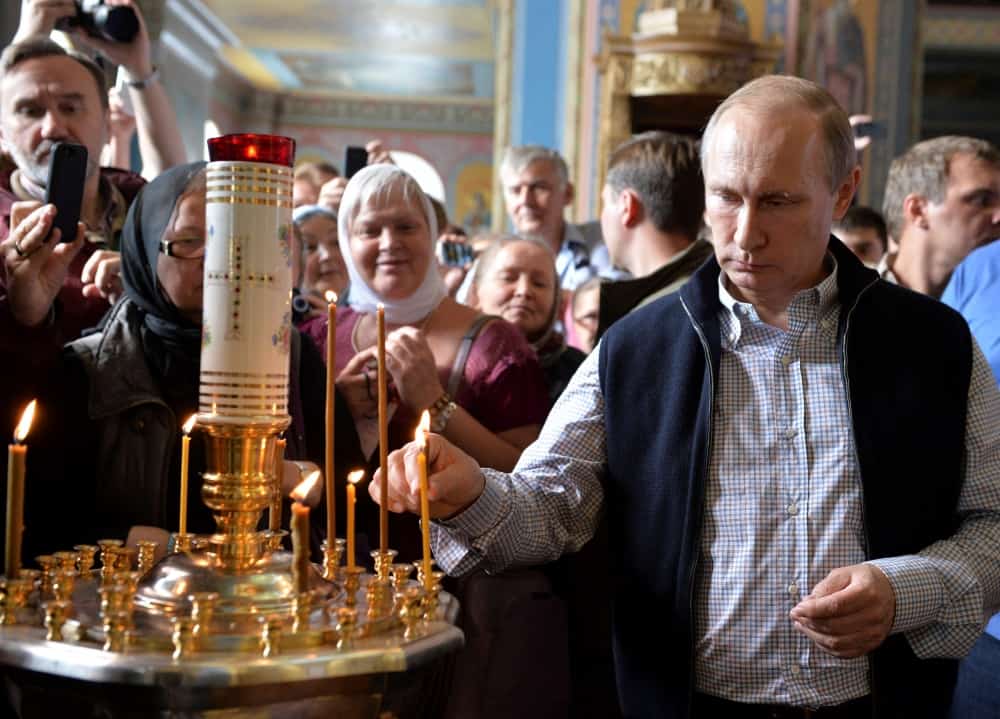 Russian president Vladimir Putin recently approved a series of amendments to several surveillance and anti-terrorism laws—including one that bans people from evangelizing outside of a church. This amendment would even ban Russians from inviting friends to church over email or telephone, and discussing faith anywhere that isn’t the confines of a recognized church building.

The specific law that’s being amended is, “On freedom of conscience and on religious associations.”

The new law would require foreign missionaries to have a work permit from Russian authorities in order to speak at a church. Sharing your faith with someone who isn’t a believer would be considered missionary work and is punishable by law, according to Christian Post. The laws become enforceable for children as young as 14 and anyone who witnesses a person doing any of these things would be responsible for reporting their activity.

The introduction to the laws was met with widespread protests, as well as fasting and praying .

Hannu Hauka, president of Great Commission Media Ministries, told National Religious Broadcasters, that the new laws are close to what the Soviet Union enforced in the 1920s.

“This new situation resembles the Soviet Union in 1929. At that time confession of faith was permitted only in church,” he said. “Practically speaking, we are back in the same situation. These anti-terrorist laws are some of the most restrictive laws in post-Soviet history.”

The Massacre the World Ignored