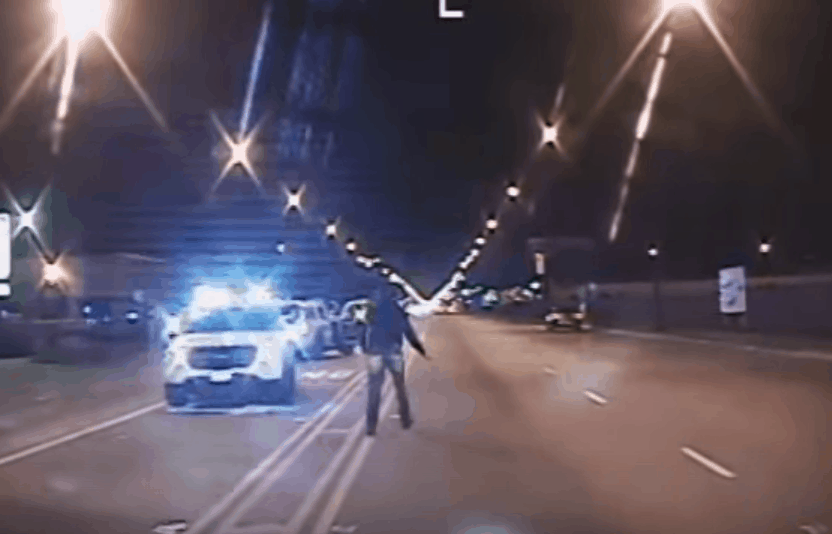 Last night, hundreds of demonstrators took to the streets of Chicago following the release of a dashcam video showing 17-year-old Laquan McDonald being shot 16 times by police. Yesterday, Officer Jason Van Dyke was charged with his murder for the shooting that took place last year. Though the protestors blocked some streets and intersections, the marches were mostly peaceful.

The video—which was released on the order of a court ruling—is disturbing and graphic. In it, McDonald is seen walking down the street away from officers before he is shot. Though it was revealed that McDonald had PCP in his system, in the dashcam video, he does not appear to be a threat to officers or even acknowledge them. The Cook County State Attorney said that the officers that were already on the scene said that McDonald was acting strangely, but did not feel that force was necessary. Van Dyke arrived minutes later, and opened fire. His lawyer claims that he acted in self defense.