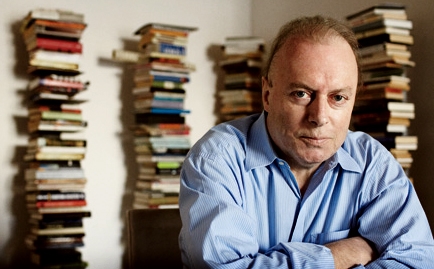 Breaking Out of Our Cages

One of this generation’s most celebrated atheists, Christopher Hitchens, is dying. He has been diagnosed with esophageal cancer.

Since his cancer was made public, people of various faith traditions have been encouraging others to pray for the man who penned God Is Not Great: Why Religion Poisons Everything, a best-selling rant against all things God. There was an online push designating yesterday, Sept. 20, as Everybody Pray for Hitchens day. There’s a Facebook page for those committed to Praying for Christopher Hitchens. The Rev. Robert Barron, a priest of the Archdiocese of Chicago, wrote an essay for CNN.com on “Why Christians should pray for Christopher Hitchens.” And Larry Taunton, executive director of The Fixed Point Foundation in Birmingham, Ala., has issued a video blog urging Christians to pray for Hitchens.

Taunton recently drove to Washington, D.C. to fetch Hitchens and carry him back to Birmingham for a previously scheduled debate about all things God with David Berlinski, author of The Devil’s Delusion: Atheism and Its Scientific Pretensions. A reported 1,200 people turned up for the event sponsored by The Fixed Point Foundation.

Asked what he considered the most damaging tenet of the Christian faith, Hitchens said, “The idea of vicarious redemption is a disgusting moral teaching … it abandons moral responsibility. Faith is a refuge in cowardice.”

Hitchens is no lightweight atheist. He considers faith the least admirable of all virtues. He doesn’t even like the term "atheist" because it leaves too much wiggle room for the notion of God. In his most current book, Hitch-22, a memoir, he says: “I suppose that one reason I have always detested religion is its sly tendency to insinuate the idea that the universe is designed with ‘you’ in mind or, even worse, that there is a divine plan into which one fits whether one knows it or not. That modesty is too arrogant for me.”

Hitchens has cultivated a keen knack for the ironic as was evidenced during a recent interview with Jeffrey Goldberg, a correspondent for The Atlantic.

“Does it offend you that people are praying for you?” Goldberg asked.

“No. No,” Hitchens replied. “I take it kindly on the assumption that they are praying for my recovery, but not to be saved.”

Under no circumstances does Hitchens want people praying for his salvation. Should a rumor circulate that at some point during this process of dying that he has made some death-bed confession, Hitchens warns people to not believe it. "Perhaps, in some state of delirium, some state of physical anguish, such a prayer would be uttered, don’t put any stock into it," he said. "It would only be a raving, mad entity whose cancer had spread to the brain."

Goldberg correctly noted: “There’s humility in agnosticism that doesn’t exist in the atheist.”

Could it be that the very arrogance that caused Hitchens to denounce God and declare all religion as poisonous has straitjacketed the man? Hitchens is beset by the very thing he has tried so long to escape—a religion—the Religion of Certainosity, comprised of those who care more about being right than they do about being redeemed. Even Hitchens ought to find amusement in the irony of that.

Still, he is right to be suspect of the reasons why Christians are compelled to pray for his salvation when we don’t bother to pray for the salvation of the child next door, the grocery store clerk or that good friend from college. Why are so many people campaigning for Hitch’s salvation? Is it because his salvation would in some disingenuous way affirm their own?

Hitchens isn’t fooled. He knows that for the Christian community he’s the Big Fish. Netting him would be like hauling in Jonah’s whale. The salvation of Christopher Hitchens would get wide-spread play in New York City and far across the Atlantic. There would be a media feeding frenzy of apologists and bobble-head Christians, all yammering about the rejoicing in heaven over this one soul.

Yet, there remains one for whom the praying is most sincere. Peter Hitchens is the brother who has long prayed as only a brother can. Although he started with the similar atheistic assumptions as his brother, Peter, author of Rage Against God, chose faith. “If you drive God out of the world, then you create a harrowing wilderness,” Peter said.

It’s a wilderness in which far too many roam.

“I don’t mean to be churlish about any kind intentions, but when September 20 comes, please do not trouble deaf heaven with your bootless cries,” he said in Vanity Fair’s October 2010 issue. “Unless, of course, it makes you feel better.”

Can we justify praying for Hitchens when there’s a vast wilderness of people lost?

And can we say in all truthfulness that we are praying as earnestly for those whose names aren’t among the celebrated notables?

Karen Spears Zacharias is author of Will Jesus Buy Me a Double-Wide? ‘Cause I Need More Room for My Plasma TV (Zondervan 2010). She can be reached at karenzach.com or via Twitter @karenzach.

When We Destroy Creation, This Happens

RELEVANT Teams Up with ACT:S to End Malaria