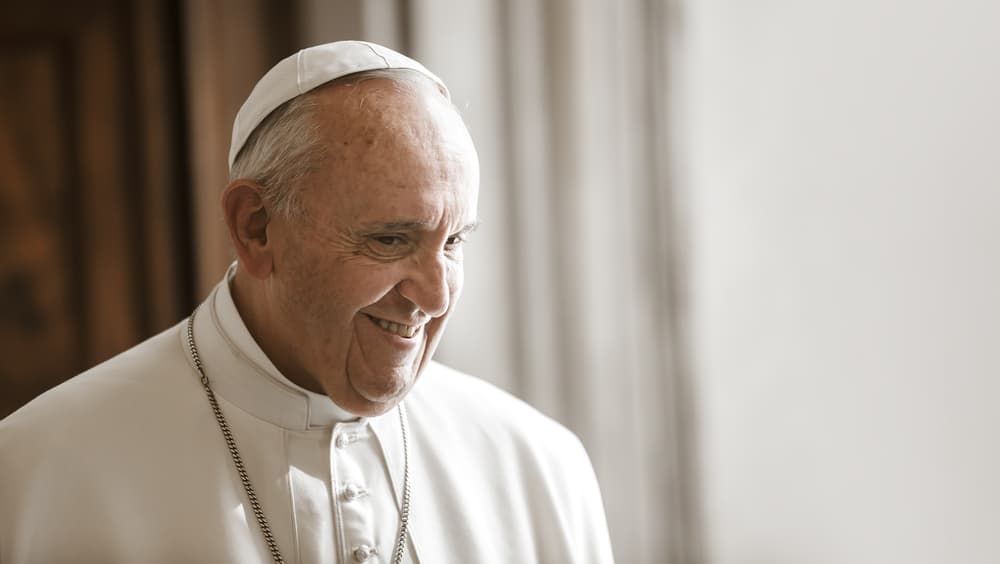 In a recent Italian interview, Pope Francis revealed that he thinks we’ve misconstrued the Lord’s Prayer through our translation of it.

In both English and Italian, the prayer says “lead us not into temptation, but deliver us from evil.” That’s the part Francis takes issue with because God doesn’t tempt.

“It is not He that pushes me into temptation and then sees how I fall,” Francis said, in Italian. “A father does not do this. A father quickly helps those who are provoked into Satan’s temptation.”

In keeping with the pope’s point, the French Catholic Church just changed their recitation translation.

In a statement, they wrote:

[lborder] [T]he first Sunday of Advent, a new translation of the Our Father will come into force in all forms of liturgy. The Catholic faithful will no longer say: “Do not submit to temptation” but “Do not let us enter into temptation.”
See Also
Faith Faith, Growth

An Anglican reverend, Ian Paul, interviewed by The Guardian disagrees with Francis’ charge on the basis of the translation of “temptation.”

The word in question is peirasmos [from New Testament Greek] which means both to tempt and to be tested. So on one level the pope has a point. But he’s also stepping into a theological debate about the nature of evil. … In terms of church culture, people learn this prayer by heart as children.If you tweak the translation, you risk disrupting the pattern of communal prayer. You fiddle with it at your peril.

The changing of the phrase will obviously take some getting used to, but according to reports from the National Catholic Reporter, the first recitations went fairly well.

Carson Wentz After Serious Knee Injury: I Know My God Is a Powerful One With a Perfect Plan