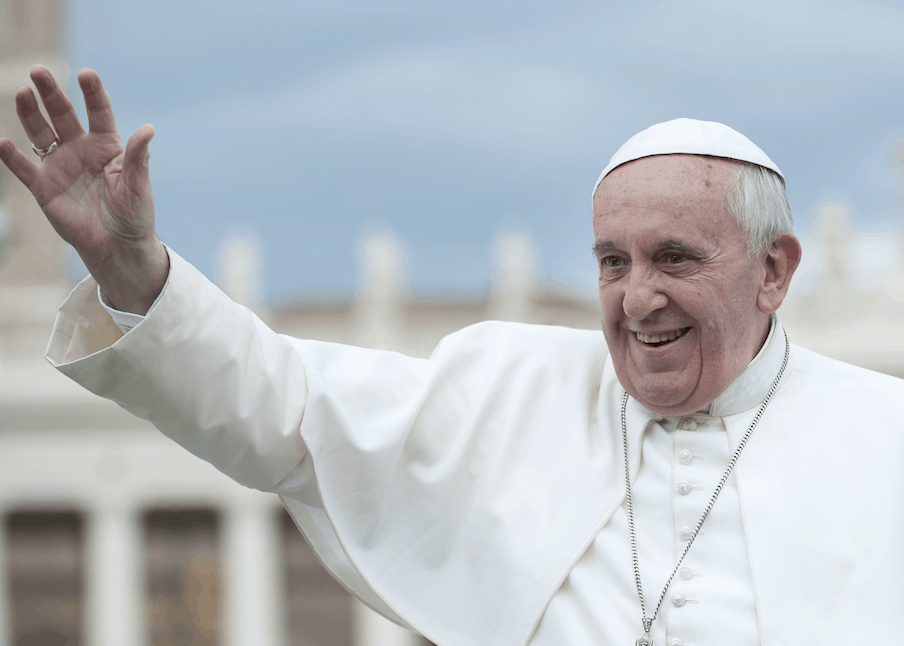 Pope Francis wants Catholic leaders to do everything they can to prevent death penalties from being enforced for at least one year. During an address this weekend, he said, “The commandment ‘do not kill’ holds absolute value and applies to both the innocent and the guilty,” while adding:

I appeal to the conscience of those who govern so that international consensus is reached for the abolishment of the death penalty. And I propose to all those among them who are Catholic to make a courageous and exemplary gesture: may no execution sentence be carried out in this Holy Year of Mercy.

Pope Francis’ position on capital punishment itself isn’t all that surprising: He’s long been an advocate of holistic pro-life values, from defending the unborn and fighting human trafficking to promoting peace and even fighting climate change. But what stands out about his latest call for the abolishment of the death penalty isn’t just his plea for the moral or spiritual high ground. He implied that there are strong, practical arguments for ending the death penalty, saying, “In effect, modern societies have the possibility to efficiently repress crime without taking away definitely the possibility to redeem oneself from those who committed the crime.”

A look at the numbers shows that when it comes to employing other means to “efficiently repress crime,” he’s right. According to many studies, there’s little to no evidence that the death penalty is an effective deterrent for preventing violent criminal behavior. As this piece from The Washington Post notes, even though “States have been executing fewer and fewer people over the past 15 years … rates of violent crime are still falling steadily.”

As this academic study and the chart above indicated,

The fact that evidence fails to link the death penalty to any real drop in homicide is concerning. But, add to the fact that last year, there were more exonerations of individuals wrongly imprisoned for crimes they didn’t commit than any year in recorded American history, and the moral case against the death penalty gets even stronger: Five of the inmates released had been sentenced to death.

The Pope said there is “a growing opposition to the death penalty even for the legitimate defense of society,” and according to the data, he’s right.