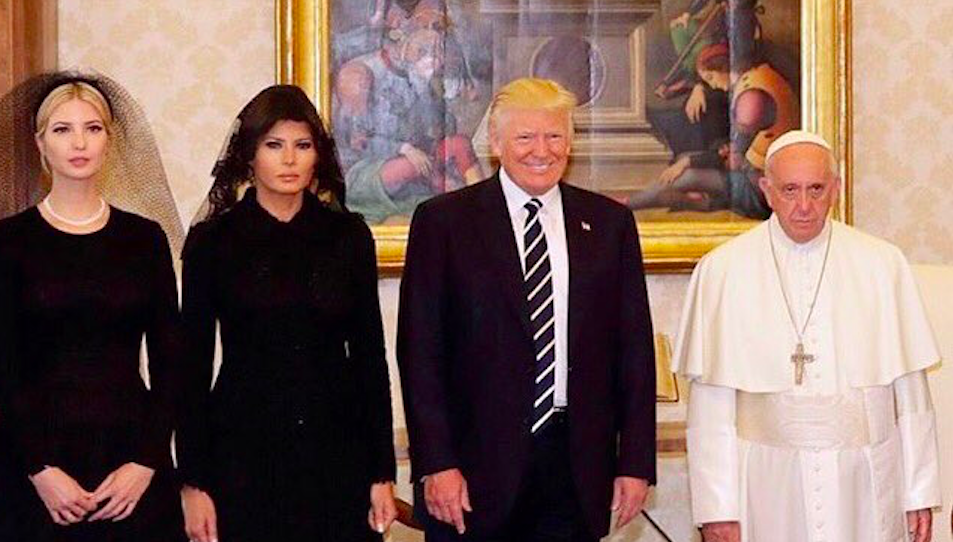 On Wednesday, President Donald Trump had an audience with Pope Francis at the Vatican’s Apostolic Palace, where they discussed climate change, the refugee crisis and world peace. The meeting only lasted about 30 minutes, and included a photo op with the Pope, Trump, his wife Melania, his daughter Ivanka and son-in-law Jared Kushner.

It was an incredible honor to have an audience with His Holiness Pope Francis today, who inspires hope around the world. #POTUSAbroad
? AP pic.twitter.com/3T18HiR31k

“At the end of the audience, the pope gave Trump copies of his writings,” NPR’s Sylvia Poggioli reported, “including his encyclical on climate change — a topic on which Trump has a very different opinion.” In return, Trump gave the Pope a selection of books by Martin Luther King, Jr. Trump closed the meeting by telling the Pope that “I won’t forget what you said.”

Later in the day, Trump met with Italian Prime Minister Paolo Gentiloni, who asked about his meeting with the Pope. “He is something,” Trump responded. “We had a fantastic meeting.” Trump later tweeted about the meeting.

Honor of a lifetime to meet His Holiness Pope Francis. I leave the Vatican more determined than ever to pursue PEACE in our world. pic.twitter.com/JzJDy7pllI

The meeting was expected to be tense, coming about a year after Pope Francis suggested that Trump wasn’t a Christian to reporters in Mexico. “I’d just say that this man is not Christian if he said it in this way. A person who thinks only about building walls, wherever they may be, and not building bridges, is not Christian.”

“For a religious leader to question a person’s faith is disgraceful,” Trump responded. Prior to the exchange, Trump had mostly been complimentary of the Pope, tweeting in 2013 that he “is a humble man, very much like me, which probably explains why I like him so much!”

Why Are So Many Christians Apathetic About Sexual Abuse?