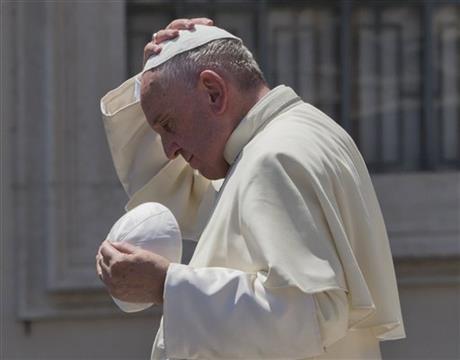 Pope Francis, the head of the Roman Catholic Church, took a step today to crack down on bishops who cover up for priests guilty of molesting children, according to the Associate Press.

The Pope created a new tribunal section within the Vatican specifically to hear cases of bishops accused of not protecting their parishioners. The initiative carries significant implications, since bishops act as masters of their dioceses, with relatively little accountability; the Vatican steps in only in “cases of gross negligence.”

Pope Francis’ approval of proposals from a sexual abuse advisory board, aim to fix these gaps in accountability. The official Vatican news services reports that “the move marks an important step in the ongoing process to hold Church leaders accountable for the actions of abusive priests—something that abuse survivors have insisted is essential to both the healing and prevention efforts.”

Several details concerning the initiative remain unclear, such as punishments and a statute of limitations, but this action by the Pope represents a positive move for the good of children around the world, and both for Catholics and Protestants alike …

Scientists Have No Idea What Bright Spots on Distant Planet Are (Aliens, Duh)