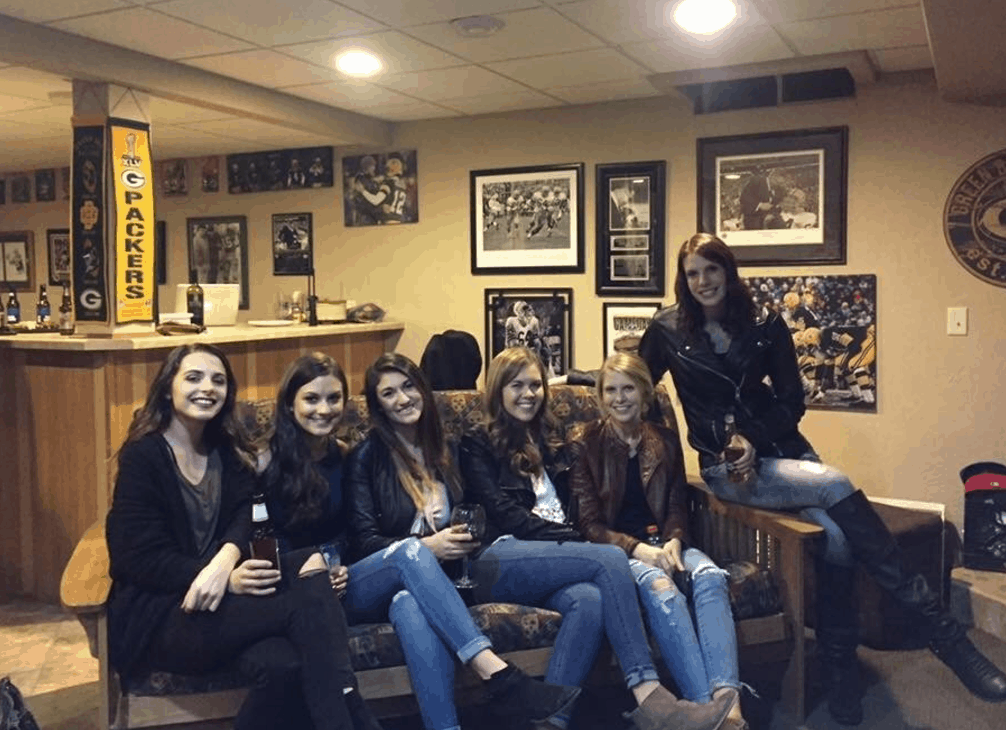 Below is a picture that appears to show six women sitting on couch, presumably watching the Green Bay Packers game. It was uploaded to Reddit, where it has sparked a bizarre mystery that is uniting amateur photo experts from across the internet.

Look at the picture, and then try to find the legs belonging to the woman who is sitting in the middle of the couch holding a glass of wine. Where are they?!

Some Redditors have used photo-enhancing techniques to solve the puzzle. You can go here to see what they came up with—essentially an optical illusion that makes it appear that there is only one set of legs at the end of the couch.

See the evidence for yourself, and go down the great couch wormhole.