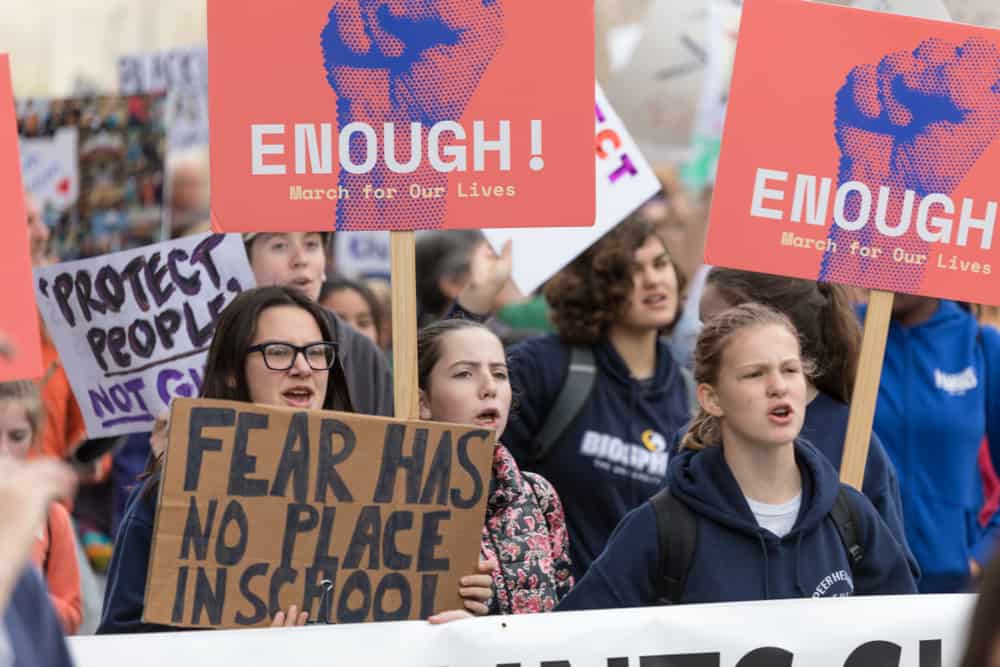 About 60 survivors—and student activists—born out of Stoneman Douglas High School in Parkland, Florida, traveled to the infamous Columbine High School in Colorado as part of the Vote for Our Lives rally.

The Columbine massacre—where 13 people died and 20 were injured—was 19 years ago today. The students of Stoneman Douglas weren’t alive then, but they’ve found themselves connected to the Columbine survivors and community.

Earlier today, a 17-year-old dstudent in Ocala was shot and wounded right before students were about to walk out to protest gun violence. A suspect, who was not a student, was taken into custody.

“The fact that it happened on this day, in a way, reinforces what we are trying to get across,” Ryan Servaites, a Stoneman Douglas freshman told CNN. “This happens. It is an issue. We see more people dying. Children are being hurt.”
7 Comments
RELEVANT April 20, 2018
Share
Tweet
Share
Trending Now

Facebook Is Partnering With Churches to Help Them Build Communities