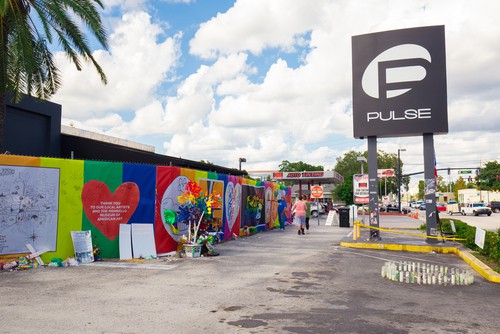 Two years ago today, the Orlando community suffered a horrible tragedy as a gunman entered a gay nightclub in the early morning hours and opened fire, killing 49 people and wounding over 50.

Despite the city’s devastation, Orlando pulled together and stood united in the face of adversity. Mere hours following the shooting, memorials and vigils arose in every corner of the city. Over 50,000 people attended the Lake Eola vigil in the heart of the city, just miles from the nightclub. The rest of the world quickly followed suit, trending #OrlandoStrong and #LoveWins hashtags on social media.

Today, on the two-year anniversary of the massacre, the city is uniting with a remembrance ceremony, a run and art exhibits. Today, Orlando stands more united than ever before. The city works tirelessly to honor and remember the 49.

Today and every day we remember the 49 lives taken on June 12, 2016.#OrlandoUnited pic.twitter.com/2z6qCjt8E0

On this day and every day, we remember the 49 lives taken on June 12, 2016, and vow to continue to support the survivors and victims’ families. #OrlandoUnited pic.twitter.com/2zP4Fhqqll

Tuesday is the second anniversary of the Pulse tragedy. We know that this anniversary can trigger traumatic experiences for survivors and the community.

Know that there is always help ? https://t.co/YhD3FVoH3J

Starting at noon, 49 bells will ring across Orlando. The onePulse Foundation will hold its Annual Remembrance Ceremony at the Pulse Interim Memorial.