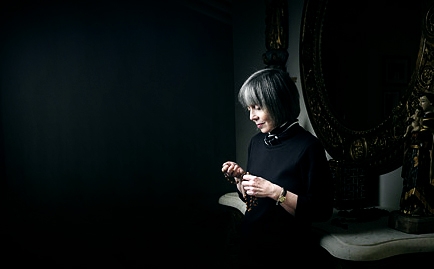 Editor’s note: When Anne Rice announced she was "quitting Christianity" last week, it sent shockwaves through the church world. After celebrating her return to faith only 12 years ago, many believers were shocked at Rice’s seeming turnaround with regards to Christianity. Author Karen Spears Zacharias responded in the open letter below:

You don’t know me, so please excuse the intrusion. I hope you won’t think this too forward, but I read your recent remarks about quitting Christianity:

"For those who care, and I understand if you don’t: Today I quit being a Christian. I’m out. I remain committed to Christ as always but not to being ‘Christian’ or to being part of Christianity. It’s simply impossible for me to ‘belong’ to this quarrelsome, hostile, disputatious, and deservedly infamous group. For ten … years, I’ve tried. I’ve failed. I’m an outsider. My conscience will allow nothing else."

I respect your decision. I can’t even count the number of times I’ve felt the exact same way, but I lacked the gumption to declare it as boldly as you have done. I simply went about muttering, wishing for everything that I belonged to a different clan. A more perfect community.

I don’t attend a very large church, but it’s large enough that I don’t know everyone by name or by story. Take that lady passing out the programs at the door. I don’t know her at all. I don’t know if she’s married or lost the love of her life to a fiery plane crash during World War II. I don’t know what sufferings life has brought her way. For all I know hers could be one of the dozens of names listed weekly in the “Praying for those diagnosed with cancer.”

Sometimes, it’s a relief to not know people. It keeps a person from the obligation of sharing their sorrows or from the disappointment of discovering their failings.

That’s the thing about being in relationship with others. I don’t know about you, Ms. Rice, but I’ve found that to be true, whether you are in relationship with people who belong to the clan of Christianity or if they are the friends you made at the local farmers’ market. Hang out with people long enough and you’re going to be disgusted by them. They’ll do something that hurts so badly you’ll wonder why in the world you ever considered them a friend to begin with.

You’ll feel as betrayed as Jesus. On some level you’ll know that’s ludicrous—there’s no way you can know the betrayal of the Cross. But you’ll still feel you understand His pain the way He understands yours.That’s how God designed us.

Desmond Tutu says we’re created for goodness. He says that’s why we feel so good when we do good things—because we are designed for it.

I also believe God created us so we are able to identify with each other. He created us to feel what others feel. That’s why when a person lacks the ability to be empathetic we consider them a sociopath or narcissistic.

We are designed for relationship, created for community. The good and bad of it all.

I was thinking about all that at church today as the man three rows in front of me raised his hands in worship. You see, for the past four weeks he’s been confined to a hospital bed at Oregon’s Health Science Center University Hospital. His poor body has withstood about all the suffering a person can withstand. I don’t know if it’s the cancer that will take him finally or the treatment he receives for it.

But I didn’t care about that. What I cared about was that he was on his feet, arms extended, praising the Christ whose blood has cleansed us all from the inside out. The Christ whose mercies are new every morning.

I stood next to a woman whose husband has been deployed so many times to Afghanistan and Iraq that he has missed his daughter’s entire high school career. Now that he’s home from those wars, he no longer has any fight left in him. He’s walked out on them. I hurt for that girl. I know what it’s like to lose a daddy to war—whether you do it through death or through trauma matters not. She’s going to have to wrangle some demons for her faith one day. I pray when that day comes, she’ll come to understand as I have, that God is faithful in ways people never can be.

I hope she’ll find He will never leave nor forsake her—no matter what. He’s not like us that way.

I have a friend in Alabama who found an orphaned dog. She named the dog Sticks because he never leaves her side. He sticks right beside her all the day long.

We serve the God Sticks.

Two rows in front of that young girl sat a woman who has endured a lung transplant. To be honest, when we were praying for her as a community, I figured they’d be wheeling her out of the hospital in a body bag. That’s how small my faith is sometimes. I’m a skeptic. A cynic. I’m ashamed of it, but that’s the truth of it.

God proves me wrong all the time. I’m glad for that. I know people, believers and unbelievers, who care more about being right than they do about being redeemed.

Down the pew directly in front of me sat a young woman. Another single mom with another infant child to raise alone. I watched as a white-haired lady walked across the aisle during the singing and took that young mother’s face into her withered hands and spoke words of encouragement and love to her.

I stood there, weeping, because I belong to a flawed but courageous community. They have discovered ways to share in the sufferings and joys of one another, despite the disappointments.

The Polish have a blessing: May your soul be as strong as your people.

My soul is stronger because I’m able to witness the remarkable redeeming power of Christ through the community of believers and unbelievers, alike.

The thing about opting out of the clan of Christians, Ms. Rice, is that when we do that, we run the risk of missing the blessing God created us for.

Karen Spears Zacharias is author of Will Jesus Buy Me a Double-Wide? ‘Cause I Need More Room for My Plasma TV (Zondervan 2010). She can be reached at karenzach.com or via Twitter @karenzach.

How To Make Crack Cocaine, Bombs and Commit Suicide

Wasted Food Has More Energy Than Our Oil