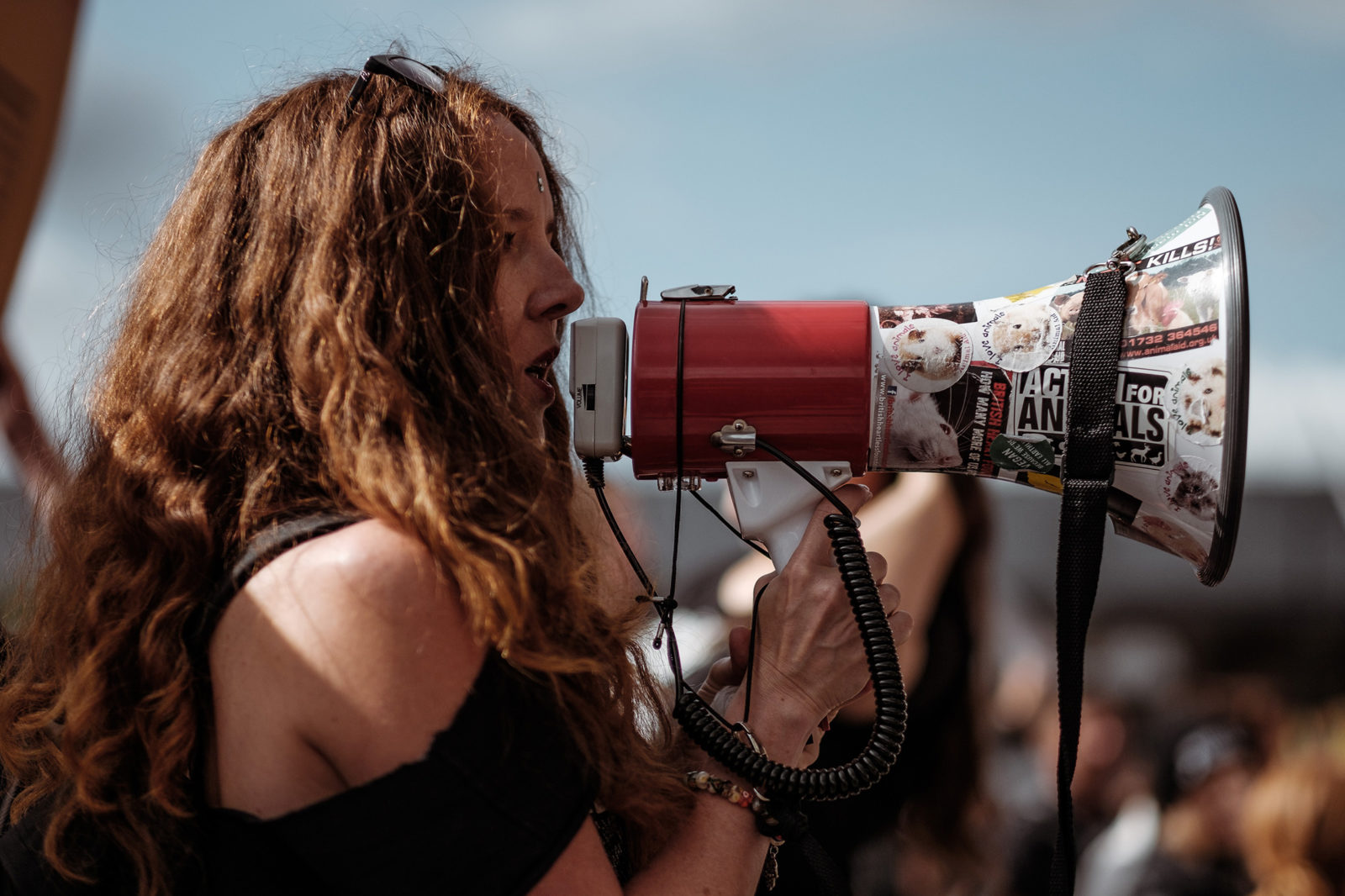 Many of us have been actively fighting injustice issues for years. Socially conscious millennials have spent much of their lives fighting for what they believe is right.

But now social media has emboldened the unwise and exacerbated the arguments. People are able to share their thoughts and purposefully provoke anger in others. Rather than reasoned and informed discussions, we’ve devolved into online shouting matches with people we don’t know from the safety of our couches with little fear of retribution.

What’s making it even worse is the lack of reliable information. Throughout the last election cycle, Americans saw fake news sites not only gain traction, but become viral phenomena. People can take strong stands about topics and events t hat simply aren’t true.

It’s exhausting, and that exhaustion can quickly slide into apathy. Cause fatigue. It’s easier to just block it all out and enjoy the silence of not engaging at all.

With all the causes and need stands to be made swirling around us, is it even possible to focus on worthy causes and avoid turning apathetic?

Start where you are

Jason Fileta and Scott Bessenecker have both been working in social justice for years, learning the keys to inspiring people to take action on issues of justice the hard way.

“Pay attention to what God is putting in front of us,” says Fileta, the executive director of Micah Challenge USA. “Sometimes a particular issue will come up in very unexpected places. The Spirit puts those things in our path for a reason.”

Fileta thinks it’s physically impossible for people to exert energy on every single justice issue they come across. Instead, Bessenecker says, would-be activists should start with the posture Jesus teaches in the parable of the good Samaritan. (Luke 10:25-37)

“We don’t want to be that person who rushes past someone bleeding by the side of the road on our way to a protest rally,” says Bessenecker, who is an activist and author of Overturning Tables: Freeing Missions From the Christian Industrial Complex. “We must develop that sensitivity, where an elderly person struggling with their luggage or a marginalized person being harassed right in front of us enters our field of concern and moves us to action.”

Join a community of activists

Central to Fileta and Bessenecker’s advice is finding a community to walk with during the fight.

“We only fail when we believe we are good enough and strong enough to do it alone,” Fileta says.

Similarly, Bessenecker warns that fighting alone can have dangerous consequences:

“The worst thing someone trying to make a difference can do is to develop a messiah complex, believing you are the answer to the needs of the world. Know the one, small part you play. If you attempt to do it all, it feeds your ego and robs others of the roles they have to play in the greater effort.” This isn’t new information. Fighting for justice within community is an idea as old as the Bible. Fileta and Bessenecker point to the words of King Solomon, who writes in Ecclesiastes 4:12, “Though one may be overpowered, two can defend themselves. A cord of three strands is not quickly broken.” Later, Jesus commands His disciples to share the Gospel by going in pairs.

From the Bible’s perspective, working for justice is something done best—if not always—in the context of community.

In the world of activism, there are both unhealthy and healthy justice workers. Families have been ripped apart because one or more of them is so focused on the justice work they ignore their loved ones.

People’s bodies physically rebel from the amount of stress related to working in the justice realm to the point of sporadic, days-long paralysis. People have become so burned out they leave the justice realm altogether, no longer fighting for anyone or anything.

But there are also people who have spent nearly their entire lives working for justice and are still going strong. What’s the difference?

“Remember that a field which lies fallow on a regular basis produces more than one that is harvested year after year,” Bessenecker says.

He means the dangers of burnout are naturally prevented by the rhythms God intends for the Earth: God created Sabbath for a reason.

In order to give our all, Fileta says, we must be filling ourselves back up somehow. Christians, if you haven’t noticed, don’t miraculously have an ever-running fountain of energy.

“Honestly, sometimes I don’t have the strength,” Fileta says. “I fall prey to escapism, fatalism and exhaustion just like most people.”

But, he goes on: “I find strength from prayer. I know that’s a cheesy textbook answer, but when I feel God’s presence, and His Spirit speaking straight to my soul, I come away energized and refreshed.”

His point is clear: Don’t let life overwhelm you so much that you end up ignoring your best option for comfort and revitalization.

Realize you will fail

From trying to join movements and realizing that they’re not a good fit, to trying to rally people around a certain issue and failing miserably, to simply getting into a Twitter conversation that turns antagonistic, sometimes activists and advocates fail. And who among us hasn’t botched a conversation on an issue of justice when you were new to the fight?

Failure is a fact of life.

“Relax,” Fileta says. “Seriously, remember that we are simply workers alongside an all-powerful God. At the end of the day we have to ask ourselves if we trust Him, if we trust what He says about Himself, that He will make all things new.

“If we can find ways to embrace that truth and trust in God, we will find the time to rest and return to our work with renewed passion and energy.”

You’re going to fail. But taking a step back, Fileta counsels, re-evaluating your actions and further relying upon God will only strengthen your abilities and resolve to fight injustice, fend off apathy and move forward—even when you get exhausted.

Here’s the harsh reality: There is no magic formula for fighting injustice—and, yes, sometimes it’s exhausting. Every individual is different. Every justice community is different. But every justice issue requires action.

While saying a few words on social media might be an entry point for you on an issue, actual action has to be the next step. Here are a few ideas to get you started:

Animal Rights
Volunteer at your local animal shelter or animal hospital. Walk the dogs. Clean the kennels. If you are able to, foster an animal until a permanent home can be found.

Environmental Justice
Take part in ride shares to work and the store. Buy used rather than new. Take public transportation. Plant some trees. Connect with groups like the Micah Challenge (www.micahchallengeusa.org) to learn the spiritual elements involved in climate justice.

Poverty
Get to know families in your community who are living on SNAP. Make them real people, not numbers and stats and vague stories out in the universe. Talk through their hardships and help them in ways you feel God is leading you.

Pro-Life/Pro-Choice
No matter where you stand on abortion, find someone who holds the opposite view and is willing to have a conversation with you. Neither side wants an increase in abortions, so how can you work together to decrease the number of people seeking them? You won’t agree on everything, but you can learn from a civil conversation.

Racial Justice
Make friends with people of different ethnicities and listen to their stories. Call your state or national representative (get the info at senate.gov and house.gov) and ask them to repeal unjust laws and practices that disproportionately target people of color. Request all law enforcement personnel wear body cameras for the protection of law enforcement and the citizens they are sworn to protect.

Women’s Rights
The Violence Against Women Act has lost significant funding under the new administration, putting women seeking to escape domestic violence situations at higher risk due to lack of available services. Call your elected representative and ask them to protect victims of domestic violence.