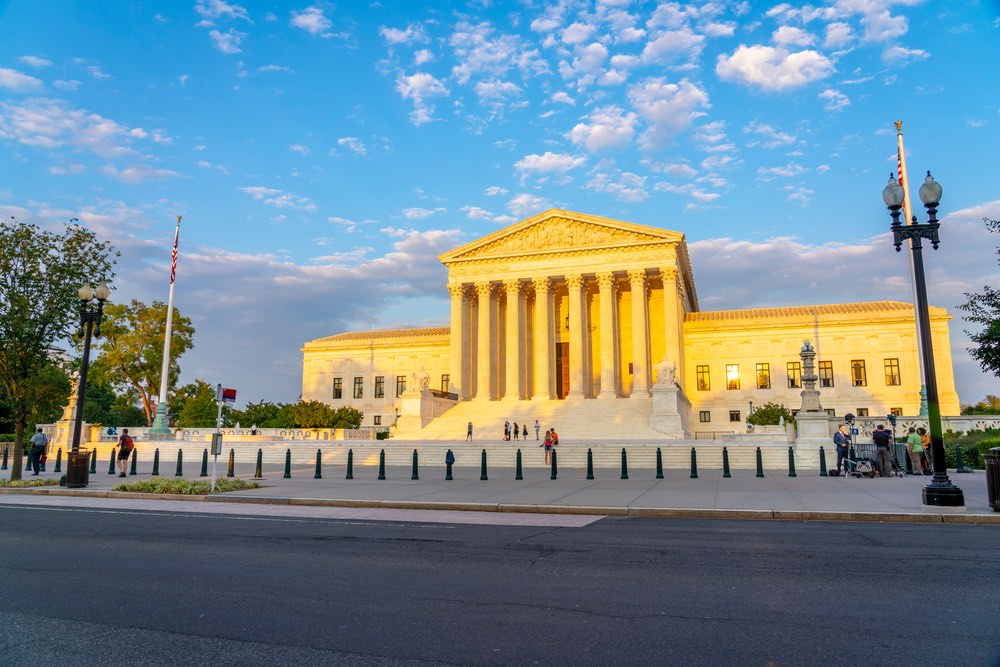 Carlos Whittaker: If You’re Serious About Justice, You’re Going to Have to Get Uncomfortable

In times of tremendous uncertainty, every headline seems to take on a bit of urgency — especially if you are looking at our lives together in America as a war between cultures.

These decisions, and many others relating to abortion, gender and sexuality, and religious freedom, are undeniably of great consequence. As are the legislative battles about how we govern our society together, and electoral outcomes.

These all matter — a lot. It’s important to live out our convictions about these topics in our representative democracy.

But let’s do some “real talk” here (as we say often in the American Awakening movement) . . . We live in a pluralistic society of extraordinary variety in people groups, belief systems and perspectives. Any particular outcome should not get twisted into a titanic battle between good and evil, with the fate of the country hanging in the balance.

That is the type of thinking that leads to the deeply flawed logic of the Flight 93 election, as debunked by David French.

But to my brothers and sisters who serve a living God — we don’t have to give in to this type of thinking. We have the secret sauce in the words of Jesus. He told us under the new order of Jesus, the only principle governing our affairs with others is to love our neighbors as ourselves.

That concept was enshrined in the words of our American Declaration of Independence — “all are created equal.”

All of us. Every. One. Of. Us. As children of God to be loved (per his commands), and as citizens of this land who are to be respected. We are not at war with each other, we are part of God’s created order, and citizens of a great nation — together.

In the words often attributed to Gandhi — “an eye for an eye makes the whole world blind.” Or as Jesus said, a house divided against itself cannot stand, which Abraham Lincoln channeled in his famous 1858 speech.

If the stakes are perceived to be sufficiently high in a “war,” it becomes easy to justify dehumanizing rhetoric, dirty political tricks and outraged social media chatter. That “culture war” language gives us permission to adapt the “anything goes” tactics of warfare. We see others not as people to be persuaded or known, but enemies to be disgraced, dismissed and defeated.

In a war, you don’t have to listen to others. You don’t have to serve them. You certainly shouldn’t take the time to get to know them or their kids, buy things from their businesses or stand in solidarity with them against injustice. Instead, you have to bludgeon into submission with votes, memes, “canceling” and, yes, sometimes even ostracization.

We need a new framework for thinking about this pluralism, which is a feature — not a bug — of our wonderful country. We have to learn how to live as a huge, diverse nation with so many different convictions being brought to the table. Not everyone will agree all the time, even about important matters. Yet, as followers of Jesus, we have to love each other anyway.

Jesus modeled this fully, both in his approach to those outside the Jewish “in group” of the day (think his story of the Good Samaritan, and his encounter with the Samaritan woman at the well), and with his politically diverse followers.

Take for example, Simon the Zealot. Simon was likely a member of a group of radicals who advocated for civil disobedience as a way to protest the Roman empire’s injustices, hoping to topple the empire and install a religious monarchy.

On the other hand, Matthew had been a tax collector who worked for the Roman government, and given his ties, one might imagine he had a more favorable view of the empire, and working within the system to bring about reform.

While one can’t be completely sure of the disciples’ political alignments (although I suspect Simon wasn’t the only zealot in the bunch), using a little bit of imagination, you can bet they locked horns on these topics plenty of times as they followed Jesus around.

Jesus was bringing them all along, but on an entirely different mission. He was bringing a third way that almost no one saw coming: a kingdom so upside down that the poor and needy were first and the wise and powerful would be last. The kingdom itself was already within them, around them and among them. It was a journey of discovery, right in the midst of their strongly held beliefs, pulling them all into a new space where each would have to sacrifice something of what they believed to be the right way to rule the world.

That was the key. They followed Jesus together. After Jesus ascended, they all received the same Holy Spirit and told everyone the same Good News.

What does that mean for today in this terribly divisive moment? As children of God and followers of Jesus who are called to love our neighbors, and as Americans asked to respect that “all are equal,” let’s see each other through that prism and model that for others.

As many have reminded us through the years, true love — and our honor as citizens — is revealed by how our convictions lead us to treat people who disagree with us.

When people stop seeing others as enemies and start seeing them as partners, great things can happen.

Let’s see each other as God sees each of us, as his children capturing a part of who he is. As citizens with their own treasures — each one of us is broken but beautiful, with rich cultures and backgrounds and painful/redeemable/wonderful experiences which have led each to a complex system of beliefs. Let’s see the best in each, as a vital part of the diversity that has always been key to America’s unique promise. And let’s figure out how to hold fast to our own convictions while allowing others the space to do the same.

This fourth of July, in this remarkable land, our goal shouldn’t be to defeat those who don’t share our beliefs. Let’s dedicate the day to our own spiritual awakening, their awakening, and together, an American Awakening.

Overcoming Tribalism Is About More Than Just Getting Along