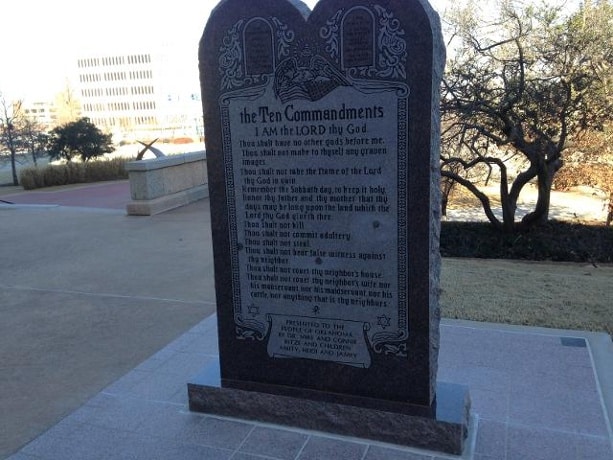 The Oklahoma Supreme Court today ordered the removal of a Ten Commandments monument from the state’s capitol, according to KOCO in Oklahoma City. The Court ruled that the monument, as a religious symbol, “violates the state’s constitutional ban on using public property to benefit a religion.” The 7-2 ruling overturns a previous decision by a lower court judge. The state’s attorney general, Scott Pruitt, said that the monument is historic, and that it parallels a similar monument in Texas, which the U.S. Supreme Court deemed constitutional. The Oklahoma justices said, however, that the Oklahoma monument violates their state constitution, not the U.S. Constitution. In a statement, Pruitt suggested that he will seek repeal.

The Art of Authentic Prayer