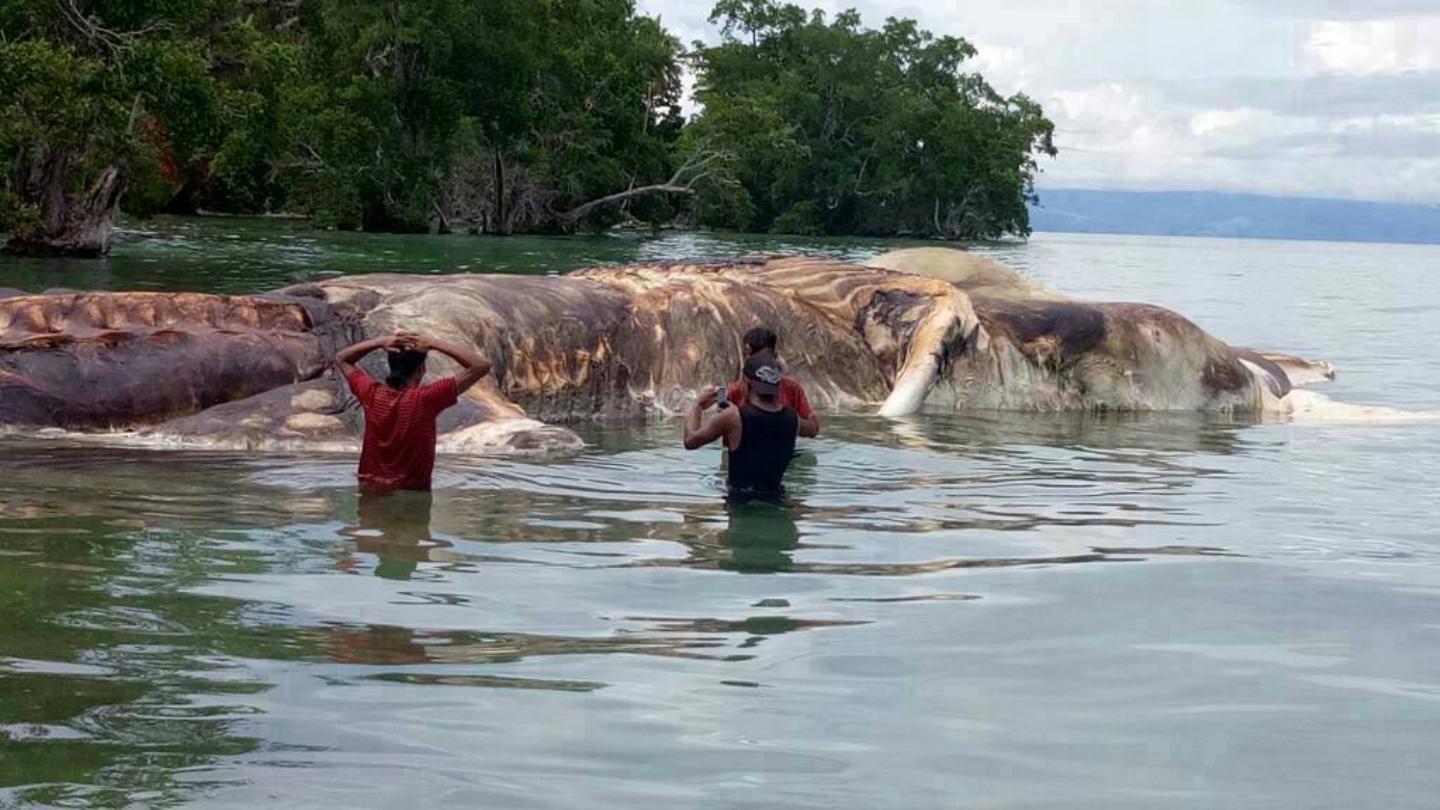 No sooner had we gotten through our last rules about when to go into the water (never) than this story pops up.

Some giant, dead … thing has washed up on the shore of Seram, in Hulung village. What is it? No one knows. How big is it? Almost 50 feet long. Is it the rotting corpse of Lovecraft’s Cthulhu , dead after countless eons of horror? Possibly. Are there more of them in the vast stretches of the uncharted deep, waiting to swallow any humans foolish enough to leave the safety of land for the terror of the open sea? Undoubtedly. Some speculate that the thing is actually a giant squid. Some say it’s a humpback whale. Depending on who you ask, it might have tusks? Here’s another view.

In the end, it doesn’t really matter what the thing is because it could have definitely killed you and the rest of its kind are still out there and definitely will kill you if you go into the water. So, simple solution, the same solution we’ve offered over and over again: Never go into the water.