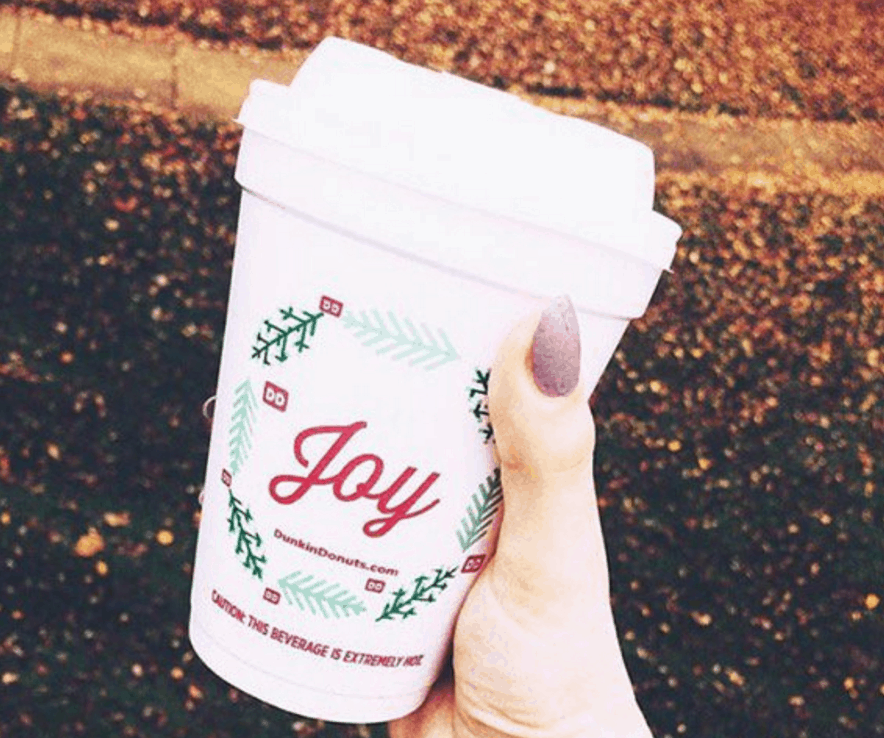 Just when the madness surrounding Starbucks’ minimalist “holiday” cup (which has even become part of the presidential race) started to die down, Dunkin’ Donuts released an image of their seasonal cup. And the audacity is dumbfounding. Shockingly, the disposable beverage container doesn’t display the words “Christmas,” “Jesus” or even a single Bible verse. Instead, it features pine branches surrounding the word “Joy.” What is that even supposed to mean?! Instead of any overtly religious reference, the company opted for a subtle design choice that makes no explicit endorsement of a single belief system. Things are going too far now.