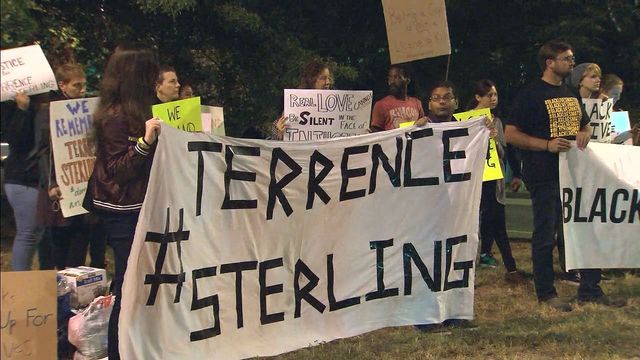 Federal prosecutors will not bring criminal charges against Officer Brian Trainer, a Washington D.C. police officer who shot and killed an unarmed motorcyclist named Terrence Sterling in 2016. The U.S. Attorney’s Office for D.C. said they could not find enough evidence to pursue the case.

In September of 2016, Trainer and his partner blocked the road so that Sterling couldn’t drive his motorcycle past them. Sterling had been spotted driving erratically and the officers were attempting to pull him over, but as Trainer was exiting his vehicle, Sterling accelerated his motorcycle and hit the police car door. Trainer responded by firing two shots into Sterling’s neck and side.

Sterling had been clocked driving at speeds of 100 mph, and according to police, an autopsy found his blood alcohol level to be twice the legal limit.

“After a careful, thorough, and independent review of the evidence, federal prosecutors have found insufficient evidence to prove beyond a reasonable doubt that the officer willfully used unreasonable force and/or was not acting in self-defense when he discharged his service weapon at Mr. Sterling,” according to the statement from the office of U.S. Attorney for the District Channing D. Phillips.

Trainer will not face criminal charges, but Washington D.C. Mayor Muriel E. Bowser confirmed that the police department has asked for his resignation. “I do not believe there can be real accountability if the officer remains on the force,” Bowser said in a statement.

Sterling’s father gave a statement outside the U.S. Attorney’s office, saying “My son was loved by his family, his community, and the community at large. You all have not heard yet the enormity of the loss of my son.”

Evangelical Advisor: ‘God Has Given Trump Authority to Take Out Kim Jong Un’

Anthony Scaramucci Will Appear on ‘Colbert’