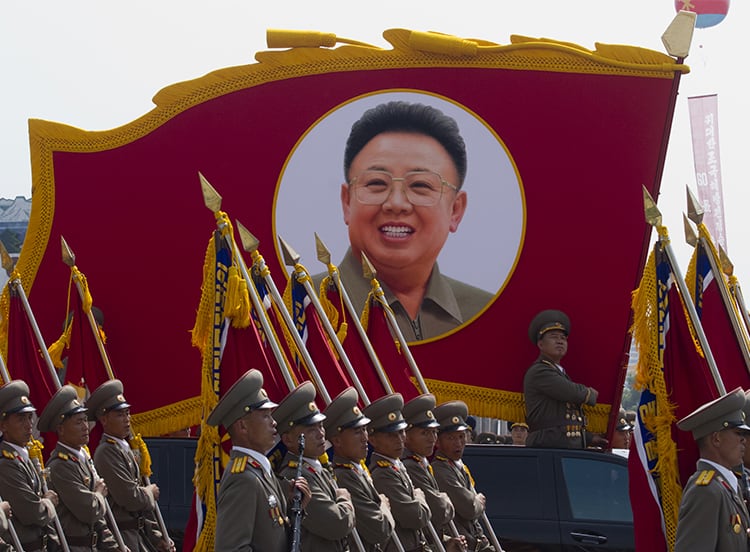 North Korea vowed nuclear war with the United States following remarks made by President Donald Trump in which he promised “fire and fury” if North Korea were to make any such threats. In a state-run report out of North Korea capital Pyongyang, the reclusive nation said they would “turn the US mainland into the theater of a nuclear war,” with threats leveraged specifically at the U.S.-owned territory of Guam. “Should the US finally opt for a reckless military adventure, defying the stern warning of our revolutionary armed forces, the tragic end of the American empire will be hastened.”

“I want to reassure the people of Guam that currently there is no threat to our island or the Marianas,” said Guam’s governor, Eddie Baza Calvo in video. “I also want to remind national media that Guam is American soil and we have 200,000 Americans in Guam and the Marianas. We are not just a military installation.”

Secretary of State Rex Tillerson appeared to walk back Trump’s incendiary rhetoric, saying that Americans should “sleep well at night” and adding that “nothing that I have seen and nothing that I know of would indicate that the situation has dramatically changed in the last 24 hours.” But he also offered a defense of Trump’s comments, which drew sharp criticism from several foreign policy and national security experts. Frequent Trump critic Senator John McCain told reporters “I take exception to the President’s comments because you’ve got to be sure that you can do what you say you’re going to do.”

The events follow reports that North Korea may have developed a missile with nuclear capability. The reports are, so far, unconfirmed and in any case, experts maintain that an all-out war between the U.S. and North Korea is unlikely.

Jesus Didn’t Need the Approval of Others

Poll: Evangelicals Aren’t Crazy About Freedom of the Press and Free Speech