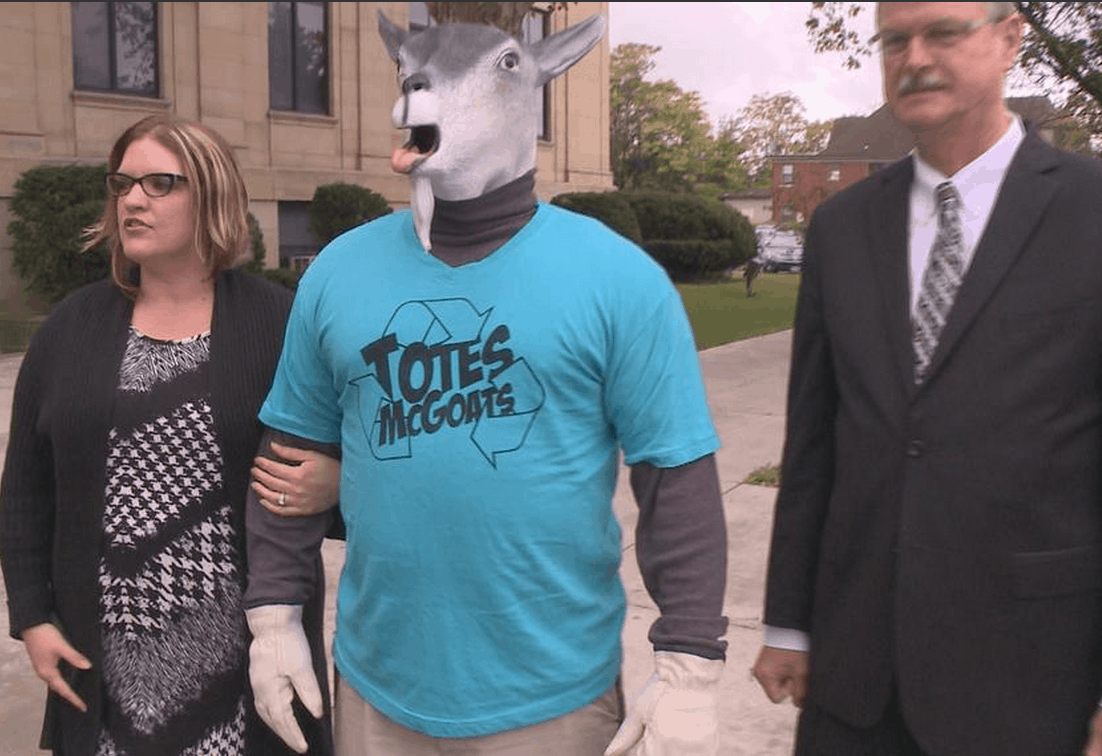 The city of Niagara Falls has recently made two very curious decisions. The first is that they’ve decided to give the act of recycling a physical mascot for some reason. The second is they’ve made that mascot a goat-headed man-beast named “Totes McGoats,” that the Internet has noted, appears to be a strange demon straight from the pit of nightmares. In photos the local news shared on Twitter, even his handlers seem a little skittish about this whole idea. If their goal was to frighten children into recycling, then perhaps they have succeeded. Even the mayor seemed slightly unnerved about the unveiling, telling Buffalo News, “I guess you would say Totes is a cute animal mascot, kind of scary, actually. But having an animal mascot, we think, is one of the ways that you can reach out to kids and get their attention.” Why does this thing look so familiar?

J.J. Abrams and Cameron Crowe Are Making a Show About Concert Roadies