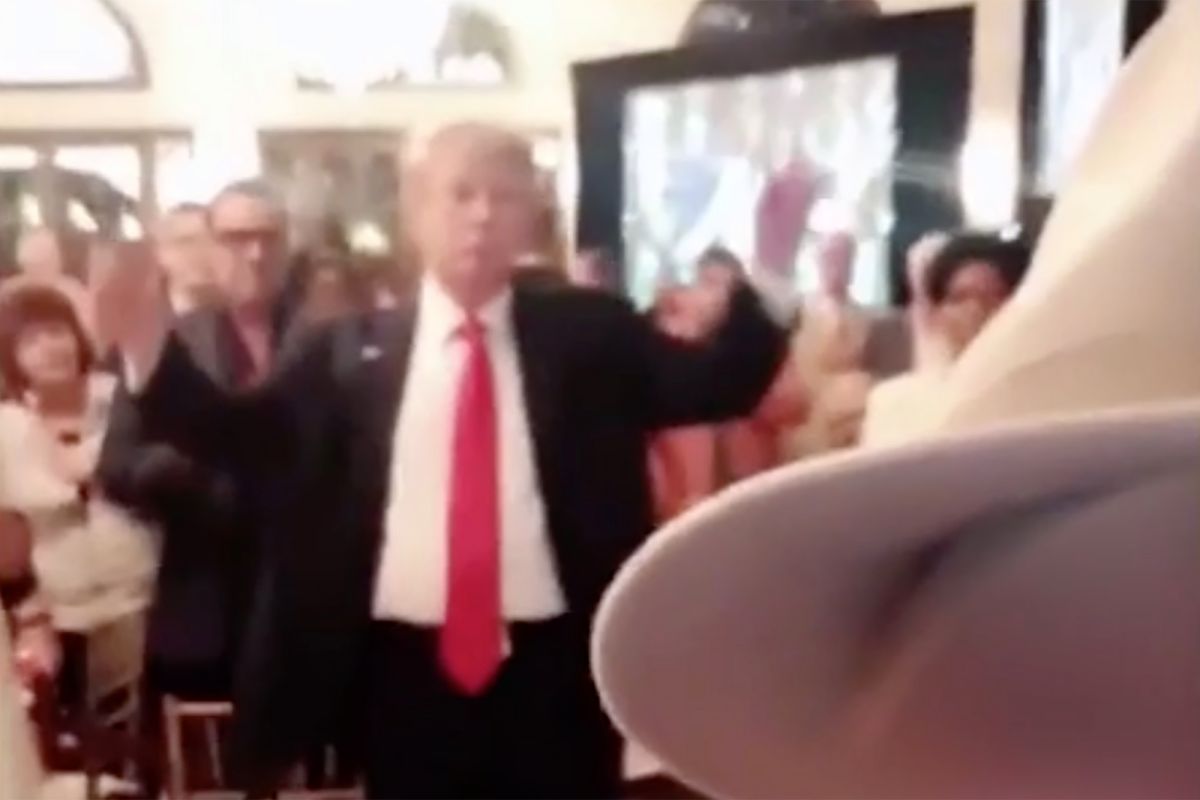 5 Ways to Start ‘Divorce-Proofing’ Your Marriage

President Donald Trump has made respect for the U.S. National Anthem a hallmark of his administration, regularly touting his own love of the flag, instructing all Americans to “stand proudly” for the song and savagely denigrating any perceived slights in his campaign rallies and Twitter feed.

So eyeballs were raised when footage emerged of Trump seeming to ignore his own orders. As “The Star-Spangled Banner” crescendos at his Mar-a-Lago club, Trump appears to call out to guests, wave his hands around as if conducting the music, play with his chair and prepare to sit down before the song ends.

The Super Bowl is an important contextual point since Trump has targeted NFL players who choose to kneel for the anthem as “disrespectful.” In 2018, he told Fox and Friends that “You have to stand, proudly, for the national anthem or you shouldn’t be playing. You shouldn’t be there.”

“Maybe you shouldn’t be in the country,” he mused.

The protest was started by former San Francisco 49ers quarterback Colin Kaepernick, who began kneeling during the National Anthem before games as a way of protesting police brutality. Kaepernick chose to take a knee after consulting a veteran about the best way to respectfully protest.

Kaepernick no longer plays in the NFL and settled with the league over accusations that he was blackballed from playing. While his former team lost to the Kansas City Chiefs in last Sunday’s game, Kaepernick himself volunteered with the LES Girls Club to serve meals to the homeless.

Report: John Ortberg Allowed a Person With Attraction to Minors to Volunteer With Children

Report: Most Tracked Migrants the U.S. Deported Back to El Salvador Were Killed, Raped or Tortured