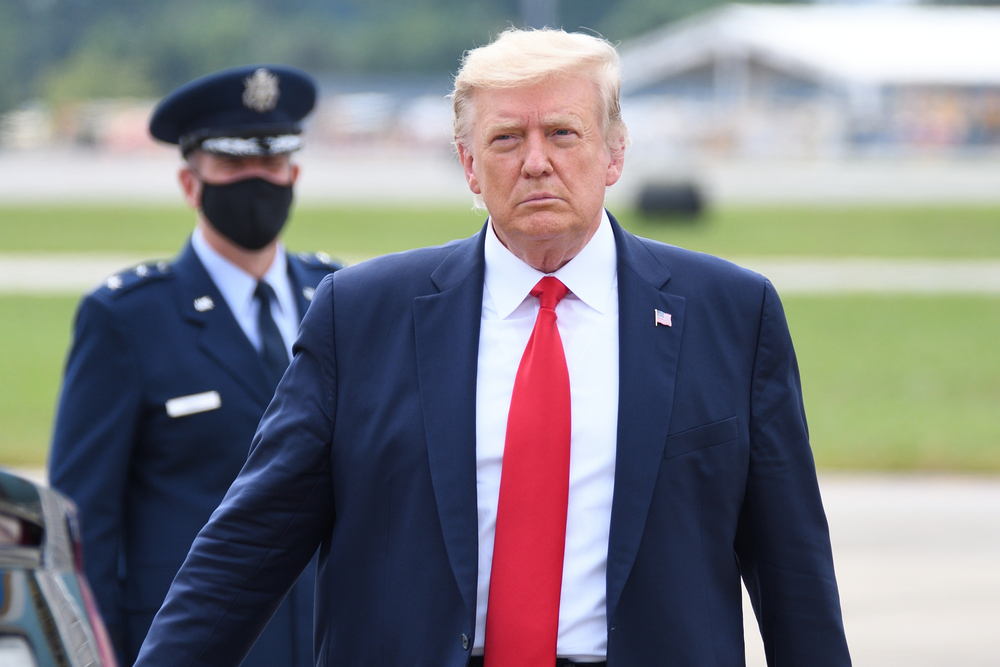 Yikes: The Number of Americans Who Think Political Violence Is Justified Is Skyrocketing

Well. As you have no doubt heard, President Donald Trump and the First Lady Melania Trump have both tested positive for COVID-19, which the world found out (where else?) via a tweet from Trump himself. In these unprecedented times, this is a whole new level of unprecedented. It is, in fact, so unprecedented that there is just no roadmap for what happens next. Be skeptical of anyone casting predictions about what this means for the country, the upcoming election or the world at large. There are no experts here. It’s been about 40 years since there was a real question about the health of a U.S. President, and rarely — if ever — have those questions arisen this close to an election.

What happens to the campaign?

It’s possible that the campaign as we know it is over. Trump says he’ll be quarantining for the next two weeks, which is about half the time he has left between now and the election itself. Theoretically, debates between Trump and Joe Biden could still be held over something like Zoom, but it’s an open question as to whether either campaign would be interested in that.

Who else has it?

That’s a good question. We don’t know exactly when or where Trump caught the virus, although there is speculation that he may have got it from his trusted aide Hope Hicks. Was Trump contagious when he met with his Supreme Court nominee Amy Coney Barratt on Saturday? Was he contagious at the debate, where he was with his (largely unmasked) family members, along with Biden and much of his family? It’s been a high-contact week for the President and everyone he’s been with will surely be getting tested immediately, though we may not know the real results for a few days.

What about the election itself?

This is a big one, and the hardest one to figure out. Technically, in the event of one or both nominees suddenly finding themselves unable to serve, the party leaders get to decide who replaces them on the ticket. The thing is, over two million Americans have already voted. It’s hard to see how getting a new nominee out there would work this close to the election, in the event of a worst case scenario. Trump and his allies have already spent months questioning the integrity of mail-in ballots. Having to reprint millions of ballots in the eleventh hour while maintaining voters’ trust is all but impossible to imagine.

What should we do now?

One thing we do know: the coronavirus is serious. Trump has been cavalier about the CDC guidelines and mocked Biden for regularly wearing a mask in public. Mess with the bull and you get the horns, as they say. Trump’s supporters should be able to recognize that this is likely a result of Trump’s habit of flaunting expert advice.

Likewise, Trump’s critics should be able to resist any celebratory antics. “Do not rejoice when your enemy falls, and let not your heart be glad when he stumbles, lest the LORD see it and be displeased, and turn away his anger from him,” as Proverbs 24:17-18 has it.

And as always, Christians should be praying for a swift end to the pandemic. In addition to the Trumps, about 40,000 other Americans tested positive for the coronavirus on Thursday and hospitalizations are actually ticking back up in the U.S. We’ve got a long way to go.

Yikes: The Number of Americans Who Think Political Violence Is Justified Is Skyrocketing