The Enneagram is a little hard to describe. It’s often reduced to a personality test, but it’s more than that. Advocates like to consider it an identity map — a way of helping us all make sense of how we relate to each other and ourselves. It’s a perspective. A worldview. A …color palette, apparently. 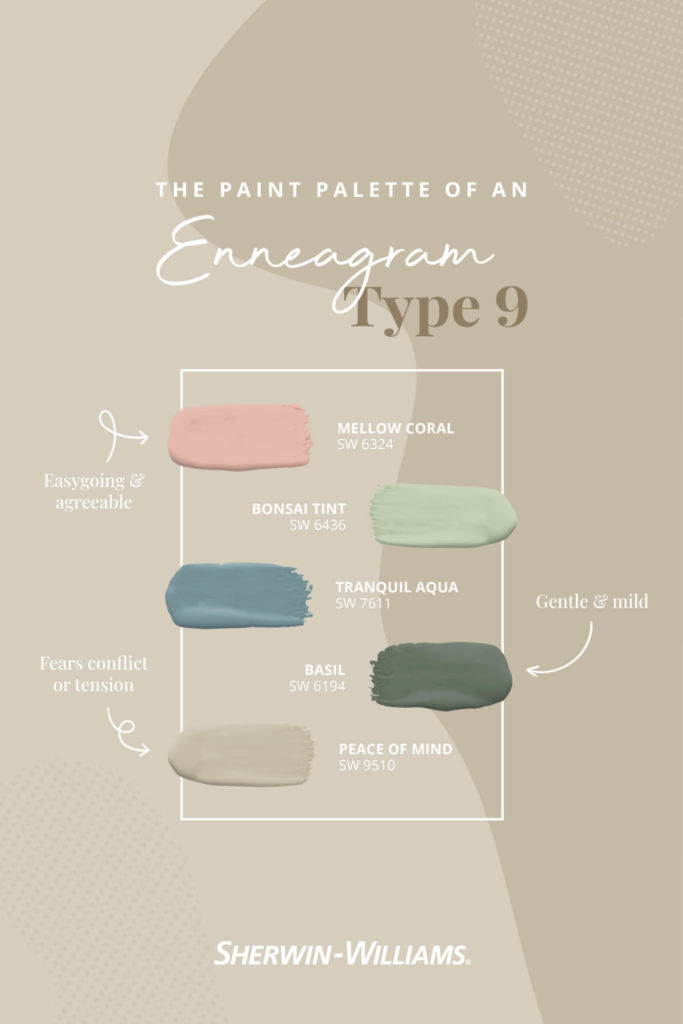 That’s according to Sherwin-Williams, in a case that seems likely to involve a PR team that smelled a niche market and at least one employee who’s been reading a lot of Richard Rohr lately. The company has rolled out a series of Enneagram-inspired palettes for each of the nine Enneagram types as a helpful way of reminding you of both the color scheme that defines your life and the simple fact that nothing in late stage capitalism is beyond the bounds of marketification and commodification.

So which type are you? Type Sevens, known as Enthusiasts in popular Enneagram lingo, can accent their spontaneous natures with Glitzy Gold, Optimistic Yellow, Little Boy Blu and Adventure Orange for a warm color scheme somewhat reminiscent of a bowl of mac and cheese. In the meantime, Enneagram Eights, “Challengers” in the parlance, have Extra White (appropriate), Dynamo, Intense Teal and Tricorn Black, all the better to fuel Eights’ decisive energy. 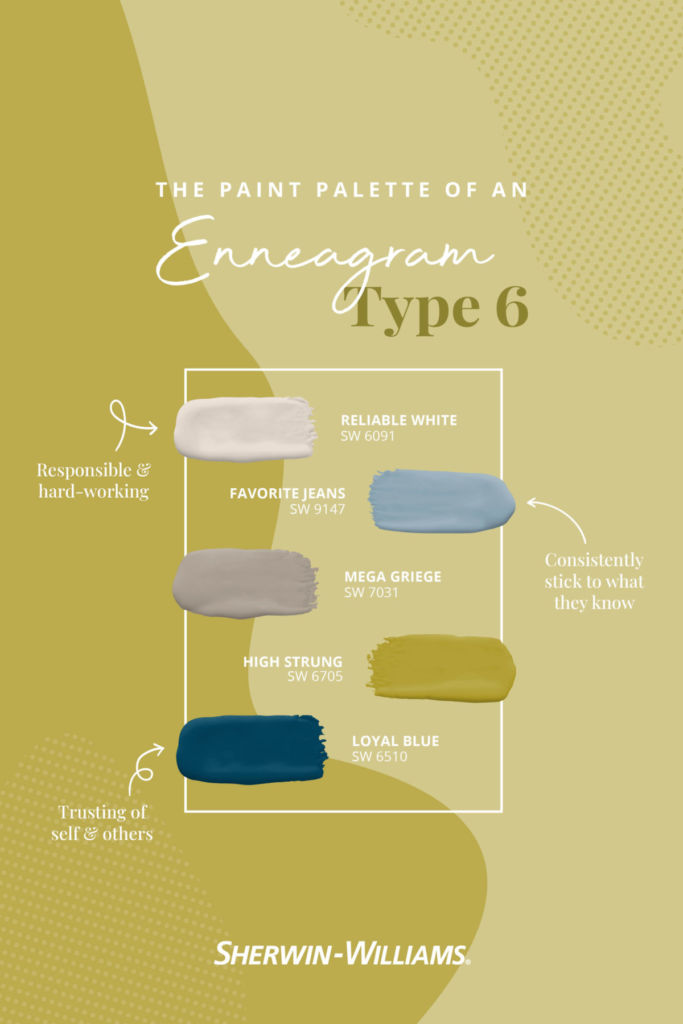 Look, the Enneagram has been very helpful to a lot of people and lends itself to having fun. We’re certainly not above trying to figure out which ‘Eternal’ is what Enneagram, for example. What does feel a little strange is that this one feels so aggressively tied to a marketing scheme — the “if you like this, buy this” language that has proven so harmful and destructive. There’s nothing wrong with wanting to paint your living room in a color scheme that matches your vibe. But the union here feels a little at odds with what the Enneagram is, at its best, supposed to help us all do: transcend the need to define ourselves by the stuff we own.