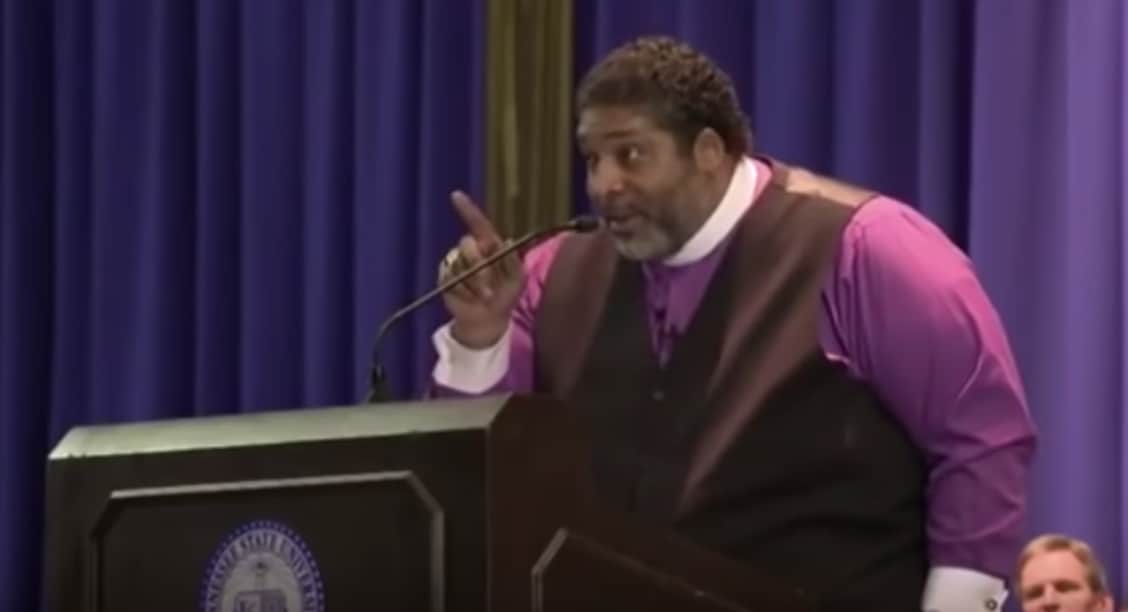 Things got mighty uncomfortable in Nashville on Monday, when Rev. William Barber called out the Tennessee politicians hosting the Martin Luther King Jr. Day service and convocation he was speaking at for hypocrisy, saying, “Politicians can’t say they love Dr. King and how he stood for love and unity but then deny and refuse to support his agenda.” Barber then turned to newly minted Tennessee Governor Bill Lee, who was seated onstage, and said “Right, Governor?” eliciting cheers from the Tennessee State University crowd.

Barber then went into a laundry list of legislative issues he says King supported via his 1968 Poor People’s Campaign, like universal healthcare and a universal basic income. He called opposition to Medicaid expansion “a shame and a disgrace” and also talked about issues like gun control, voting rights, environmental issues and affordable housing. At one point, he asked anyone who opposed President Donald Trump’s proposed border wall to stand. “If you can’t stand up for that, then don’t say you love Dr. King!” Barber said.

Barber also called out his fellow clergy, saying, “If you are a preacher of the Gospel and you are asking your people to tithe but you are not fighting for them to have a living wage, you are lying.”

You can watch part of the speech here.

Video of the event suggests many in the crowd were vocally into Barber’s message, although journalists report the vibe on stage was understandably testy.

Barber is pastor of Greenleaf Christian Church in Goldsboro, North Carolina and a member of the national board of the NAACP. In May of 2017, he announced he would be leading a new Poor People’s Campaign in honor of King’s original dream.

In a statement, Lee said that he will “always seek to bring other people together. Some don’t share that vision, and that is their right,” adding that he “hopes to be invited back to next year’s MLK convocation.”

How God Protected Me During the Worst Storm of My Life

Crisis: There Will Be No Sweethearts Conversation Hearts This Valentine’s Day