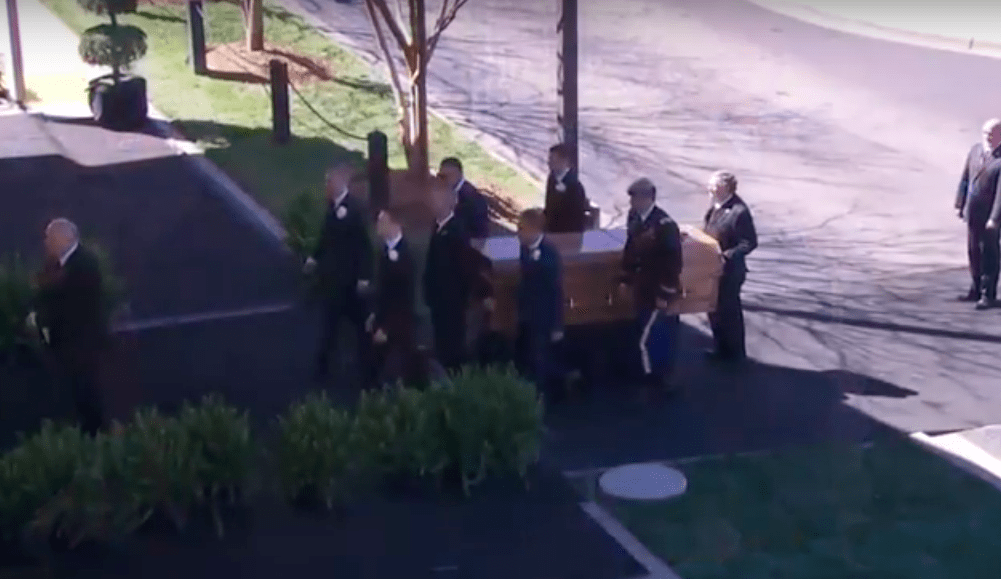 The Rev. Billy Graham’s funeral was held under a tent outside the Billy Graham Library in Charlotte, North Carolina on Friday. Graham, who passed last week at the age of 99, was known for most of his life as “America’s Pastor” and served as a spiritual counselor to several presidents.

His children shared words at his funeral, praising their late father’s authenticity. “I believe, from heaven’s perspective, that my father’s death is as significant as his life,” said his daughter, Anne Graham Lotz. “And his life was very significant. But I think when he died that was something very strategic from heaven’s point of view.”

The funeral was attended by President Donald Trump and the first lady, as well as Vice President Mike Pence and his wife, and North Carolina Gov. Roy Cooper. The Gaither Vocal Band and Michael W. Smith, who both frequently joined Graham on his crusades, performed at the funeral.

Graham will be laid to rest next to his wife in a pine plywood casket made by inmates at the Louisiana State Penitentiary, per his request. His tombstone will read, simply “Preacher of the Gospel of the Lord Jesus Christ.”

How to Have a Healthy Conversation About Gun Control