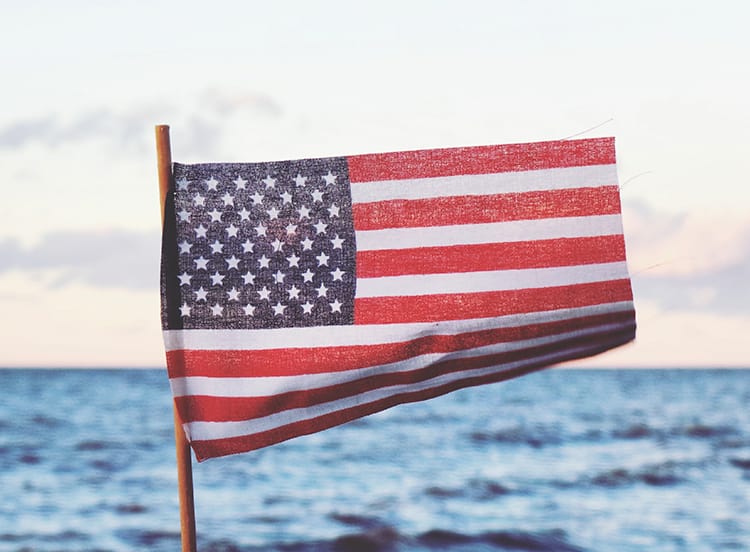 5 Things Every Millennial Needs to Know About Leading

For most thoughtful adherents of religion in America, holidays like Independence Day present an uncomfortable tension, perhaps especially so for Christians. Pulled on one side by doctors of the Church and on the other by the Founding Fathers, I sense I am truly a member of both of Saint Augustine’s two kingdoms.

Augustine is suspicious of the kingdom of man because it is ultimately an endeavor by fallen humans to dominate and conquer one another, as Scripture shows we are wont to do.

Yet it is difficult to miss the virtue in the American experiment–a father at last knowing the joy and dignity of self-employment, an immigrant settling into a safe neighborhood where her kids attend a good school, a sharecropper’s grandson earning his graduate degree. I suspect I am not alone in the ability to rattle off such stories with ease.

I suspect that many brothers and sisters in Christ also join me in finding much to admire in the courage and tenacity of General Washington’s citizen soldiers as they froze at Valley Forge or in Rosa Parks’s firm stand against segregation on a Montgomery bus, or in the text of the Declaration of Independence or other founding documents.

But to a citizen, they are more than just stories. In the same way that the gospels manifest the values of the Kingdom of God to its citizens, these stories carry the values of an American citizen, of a patriot.  We are, it seems, unwitting citizens of the kingdom of man.

Because the kingdom of man is a fallen kingdom, it also includes stories with less savory morals: Manifest Destiny and the Trail of Tears or Black Friday and selfish consumerism or the War on Terror and blatant militarism. For good and for ill, every nation presents its citizens with a set of stories with morals.

Yet how can we claim citizenship in both kingdoms? It is not safe to assume our own worldviews are free of the insidious parts of the American stories.

One hundred and sixty-five Independence Days ago in 1852, Frederick Douglass delivered a speech to an America and a Church that assumed just that. In it he asked, “What to the slave is the Fourth of July?” After honoring the valor and wisdom of the Founding Fathers, he finally exclaimed:

What have I, or those I represent [black Americans], to do with your national independence? Are the great principles of political freedom and of natural justice, embodied in that Declaration of Independence, extended to us?

Douglass’ America was one in which the ideology of slavery infiltrated every institution, Northern and Southern, right down to the American church, and turned them in defense of the godliness of racial caste. Antebellum churches preached the righteousness of slavery from the pulpits. America needed cotton.

To presume we today are immune to similar delusion is the height of vanity. But some still presume, so I will illustrate my point.

American Presidents throughout history have entwined Christian and patriotic rhetoric to appeal to constituents. Abraham Lincoln is one of the first to do it with such eloquence and drama in his second inaugural address, kicking off a long tradition of American policy and values that view America as the central character in this chapter of God’s plan for the world.

Obviously, the Bible teaches that the Church is God’s redemptive instrument on earth, but Lincoln’s formulation of the American nation as a salvific kingdom stuck–this time for ill.

The story of America as God’s nation culminated in Woodrow Wilson’s decision to enter WWI. This decision represented a crystallization of Christian-American nationalism’s contemporary form: To bring about a just and peaceful world, America needed to rise to dominance in global affairs, and to do that, America needed to go to war. Following the World Wars, America launched into a century of essentially ceaseless war to achieve its eschatological purpose.

In his book Desiring the Kingdom, theologian James K.A. Smith points out that this nationalist, militarist story tells about a very different kind of salvation than that found in the Bible. While Revelation tells of the arrival of the Kingdom of Heaven in a moment of battle, it is certainly Christ at the head of that battle, leading His Church–not the Roman Emperor or the King of England or indeed an American President.

Still, the American church has by and large bought into the idea of a salvific kingdom ushered in by American dominance, if only “salvific” in terms of prosperity and peace. Christians, progressive and conservative alike, prove their acceptance in their silence on the horrors wrought by American pursuit of global military dominance and their tacit acceptance of the culture’s cowboy view of courage as physical violence (and essentially masculine).

But America’s stories aren’t all negative. They also exemplify brotherhood, liberty, and real courage, all which originate in the Kingdom of God.

Following G.K. Chesterton’s view of patriotism offers insight that “rightly orders” love of country into love for God. Rather than carelessly accepting whatever good or bad a national story offers, Chesterton’s patriotism means loving your country just because it belongs to you. Thus, love of country can consist not of merely accepting its stories, but of making it good, of changing its stories.

Christians needn’t face a choice between God and country. True Chestertonian patriotism allows Christians to fully celebrate the goodness in America’s stories, while remaining attentive to the voices like Douglass’ that seek to change them.

is a policy intern at the Platte Institute for Economic Research and a rising senior at Indiana Wesleyan University. His writing has appeared in The Harvard Law Record, The Grand Island Independent, and on FEE.org. Follow him on Twitter @apgustafson.

Rick Perry, Energy Secretary, Does Not Believe CO2 Is the Main Cause of Climate Change

Sean Spicer Has Resigned as the White House Press Secretary