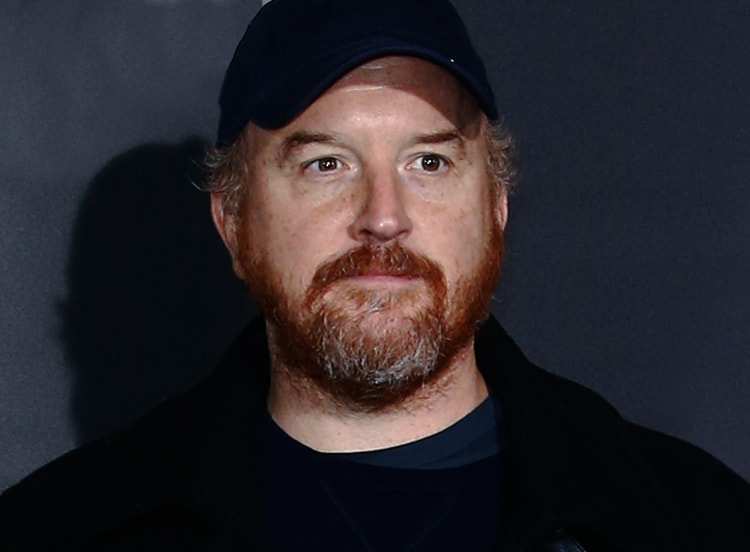 Suppose a horrible and highly contagious virus breaks out at a football game between the Detroit Lions and the Dallas Cowboys. The stadium is quarantined, and fans and players alike are lined up to be treated by doctors in hazmat suits, who are fortunately able to treat the virus and stop the spread of the disease.

A nurse sits down to administer treatment to a Cowboys fan. “Don’t worry,” the nurse says. “This will only take a second.”

“Why are you treating me?” the fan asks. “The virus is on the Detroit side too.”

“It’s on both sides,” the nurse says patiently. “We’re treating everyone.”

“But it’s worse over there, right?” the fan asks. “Everything is.”

There is an idea in the current public imagination that a Hollywood sex scandal is unfolding. The revelations about legendary Hollywood mogul Harvey Weinstein have led to equally troubling allegations against the likes of Dustin Hoffman, Kevin Spacey, Arrested Development/Transparent star Jeffrey Tambour, Mad Men creator Matthew Weiner, Gossip Girl star Ed Westwick and many others.

This scandal serves as a confirmation of something many Hollywood critics have long believed: that Tinsel Town is a sewer of moral degradation and corruption, in which the innocent are abused and then silenced and discarded. For many in the American Church, who have long seen Hollywood as their chief competition for the moral imagination of our culture, the scandal has served as proof that they’ve been right all along.

And they have been, to a degree. There can be no doubt now, if there ever was, that Hollywood is in bad shape, and let’s all hope the wave of bad men being rooted out of power leaves no stone unturned. But the problem with this idea is that it limits the extent of the scandal to Hollywood. This is not a Hollywood sex scandal we are witnessing. The truth is far worse.

On the surface, these two men have very little in common with each other. Roy Moore is a staunch conservative. Louis C.K. is (or was, rather) a darling of the left. Moore wants to ban Muslims from serving in Congress. Louis C.K. wants to win an Oscar.

While the specifics of the accusations against them are different, the root is the name: These are powerful men who allegedly used their influence to take advantage of vulnerable women.

That is the sort of accusation that should transcend culture wars and partisanship. Our society has been so blinkered by politics that even this truth is no longer obvious. We are all throwing stones in glass houses, accusing the other side of doing something while vociferously defending the same actions on our own.

In the immediate aftermath of The Washington Post’s report on Moore’s alleged molestation of a 14-year-old girl, Toronto Star correspondent Daniel Dale called Alabama GOP leaders to get their thoughts. The responses are as illuminating as they are horrifying.

“It was 40 years ago,” Alabama Marion County GOP chair David Hall told Dale. “I really don’t see the relevance of it. He was 32. She was supposedly 14. She’s not saying that anything happened other than they kissed.”

When Dale pointed out that the victim, Leigh Corfman, also alleged inappropriate sexual contact, Hall refused to back down.

“Well, she said he may have tried to,” he said. “But we’re talking something that somebody said happened, 40 years ago. It wouldn’t affect whether or not I’d vote for him. The other women that they’re using to corroborate: number one, one was 19, one was 17, one was 16. There’s nothing wrong with a 30-year-old single male asking a 19-year-old, a 17-year-old, or a 16-year-old out on a date.”

Alabama Bibb County Republican chairman Jerry Pow likewise confirmed that he’d still be voting for Moore. “I would vote for Judge Moore because I wouldn’t want to vote for Doug [Doug Jones, Moore’s Democrat challenger],” Pow said. “I’m not saying I support what he did.”

All told, Dale was able to reach seven Alabama Republican leaders. Three told him they couldn’t comment. Four were “vehemently” defensive of Moore.

The reason this is so troubling is because Republicans have long pitched themselves as the party of family values. They have set themselves up as the defenders of the nation’s sexual purity. Moore himself has trumpeted that marriage is “an institution ordained of God.” And the GOP is very happy to serve as watchdogs of the United States’ sexual ethic, until the calls start coming from inside the house.

“Take the Bible. Zachariah and Elizabeth for instance,” Alabama State Auditor Jim Ziegler told the Washington Examiner. “Zachariah was extremely old to marry Elizabeth and they became the parents of John the Baptist. Also take Joseph and Mary. Mary was a teenager and Joseph was an adult carpenter. They became parents of Jesus. There’s just nothing immoral or illegal here. Maybe just a little bit unusual.”

Does anyone think Alabama Marion County GOP chair David Hall would say “I don’t see the relevance of it” regarding Louis C.K?

And this is why it’s overly simplistic to say there’s a Hollywood sex scandal unfolding. The truth is, the sex scandal is bigger. It’s our newsrooms, as we can see with the recent firestorms surrounding Roger Ailes, Bill O’Reilly and NPR News executive Mike Oreskes. It’s in our politics, as we see with the accusations against Moore, Weiner and, yes, President Donald Trump. It’s in our churches and be sure, the world will carefully watch how Christians treat scandals of their own. Famed Christian ethicist John Howard Yoder had sexual abuse allegations circling for decades before anyone took them seriously. After 19 Kids and Counting star Josh Duggar was accused of molesting five underage girls, he was able to count a number of high profile evangelical leaders among his defenders.

But we can be sure of this: Every time Christians choose to condemn a sexual predator on “the left” or in “the media” while defending the sexual predators in their own communities, victims of sexual assault will justifiably conclude that there is no safe place for them in the Church.

One final note. It’s difficult to determine exactly who knew what in Hollywood regarding the corruption of men like Spacey, Weinstein and Louis C.K., but what is known is that as soon as their allegations were made public, the reaction against them was swift.

Weinstein was kicked out the company he founded and Wind River, a movie he produced, went back into post-production to scrub all his involvement, even as filmmakers like Kevin Smith and Ben Affleck pledged to donate any money they made off Weinstein movies to charity.

Louis C.K.’s movie premiere was canceled and an upcoming appearance on Colbert was canned.

Spacey was kicked out of House of Cards, and Ridley Scott is currently attempting the unprecedented feat of replacing all of Spacey’s scenes in his upcoming All the Money in the World with Christopher Plummer.

This stands in pretty sharp contrast to the Republican circling of the wagons around Roy Moore. Filmmakers took the allegations seriously. They moved to remove these men and their work from positions of authority and did not spend an undue amount of time hemming and hawing around when the allegations happened or splitting hairs over the legality of it all. Could they have done better? Absolutely. Are there still men in Hollywood who are enjoying an undeserved number of blind eyes? Well, Woody Allen has a movie releasing next month, so you tell me. Nevertheless, it does seem that Hollywood has begun treatment in a way that the Church has been resistant to.

The sickness is on both sides, and the Church could stand to learn a few things from Hollywood’s recent attempts at curing it.

Louis C.K. on Allegations of Sexual Misconduct: “These Stories Are True”