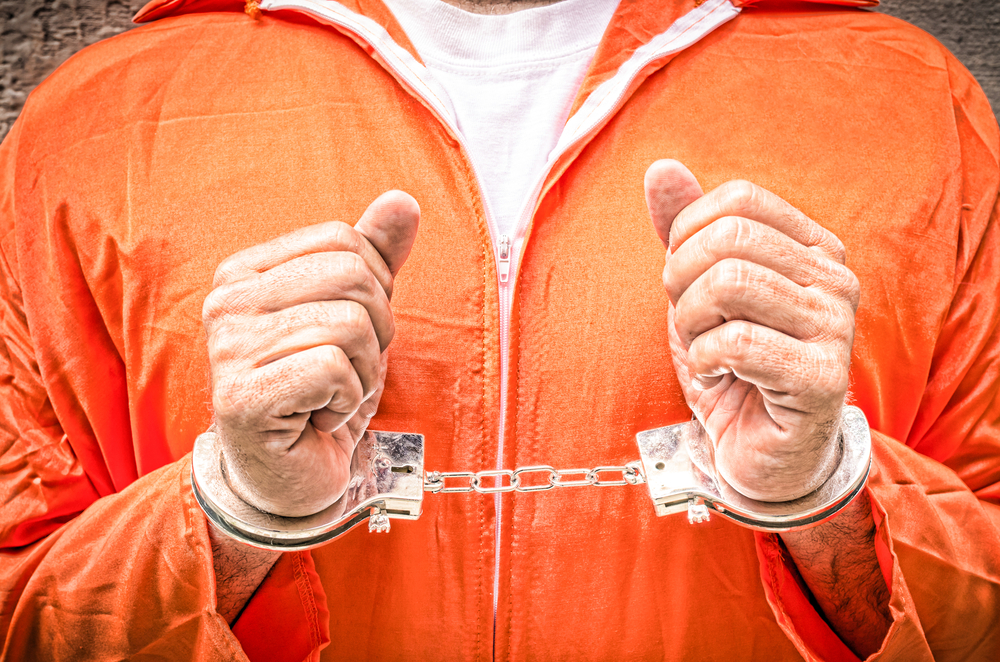 “Your generation just seems to care a lot more about God’s love than His justice.”

It’s a conversation-stopper all too familiar to many Christian millennials, attempting to explain their position on any number of sociopolitical issues—immigration policy, foreign conflict and the perpetually popular topic of capital punishment.

Discussion around the death penalty, in particular, has become heated in recent weeks. When the state of Arkansas scheduled an unprecedented seven executions in 11 days (ostensibly due to the expiration of the lethal injection drugs), the public outcry was swift, particularly because of the botched executions that made headlines months prior in Alabama.

This controversy, propelled by the cost of human lives hanging in the balance, is the latest in the debate about capital punishment, another footnote highlighting the fact that execution remains a troubling reality. That it occurred in Arkansas, however, highlights another critical fact in understanding the problem of capital punishment in the United States: that the vast majority of executions occur in the very heart of evangelical America.

Capital punishment is most widely accepted, defended and used in our nation’s Bible Belt, the stronghold of conservative Christian Evangelicalism that extends across the Southeast and South Central United States, from Texas and Oklahoma (where the majority of executions take place), through most of America’s southeast. Altogether, it includes parts of about 16 states, though definitions vary.

Why is the Bible Belt a hotbed of capital punishment? Oklahoma representative Mike Ritze, a Southern Baptist deacon and co-author of a popular pro-death penalty measure in the state, offered his own answer.  “Because of our faith-based population, we believe there is evil in the world,” he explained in an article for Religion News. “We believe in a devil, and we believe in a God. As a result, I think Oklahomans are very supportive of the death penalty.”

His argument seems to suggest that a belief in God’s justice in response to evil in the world allows for—perhaps even demands—the death penalty.

A tension between God’s omni-benevolence and His justice, His love and His wrath has always existed in Christianity. Two thousand years of argument, schism, interpretation and review of the attributes of God have hardly settled the matter. Yet Christians agree: God must be all-loving, and His sense of justice is a component of this inherent characteristic.

However, views of God’s justice in light of His omni-benevolence have trended toward two different models:

It is retributive or punitive, demanding evil be punished, highlighted throughout the Old Testament, in the Book of Revelation and in the epistles (Romans 1:18, 2:5).
It is restorative or purifying, repairing and rehabilitating evil (Isaiah 29:13-24, (Matthew 5:38-48, James 2:13).

No line strictly separates the two, neither do they compete, both serving as functions of a just God. They coexist throughout Scripture and even in the passages cited above. But there is a difference between the two, first at the linguistic level, as explained by Chris Marshall from the Victoria University of Wellington.
[lborder] [T]he terms ‘justice’ and ‘righteousness’ in the Bible coincide and overlap in meaning, and frequently occur in synonymous parallelism … [But] It is particularly important to recognize the justice connotations of the righteousness language of the New Testament, which is pervasive and significant.

He argues that the New Testament refers to justice primarily through the lens of God’s ultimate act of restoration—Christ’s death on the cross—and therefore, justice must be construed as primarily restorative in nature, bringing “peace to relationships, not by the pain of punishment per se.”

Indeed, the charge of “caring more” about God’s love than God’s justice presents a profound misunderstanding of God’s justice to begin with by assuming that the two characteristics are separate. In fact, we see God’s justice and His love so intertwined in the teachings of Christ that the two can hardly be separated at all. The parable of the sheep and goats (Matthew 25:31-46) positions those treated unjustly by society (the stranger, the inmate, the homeless, the hungry) in God’s focus, advocating for their love and care.

The “just God” of the Old Testament is portrayed no differently. How easy it is to forget that He is the very same God by nature, demanding that His tribes care for the orphan, the immigrant and the widow (Deuteronomy 10:18, Zechariah 7:10).

God’s response to our fallenness has always been expressed through His love, even in instances of discipline, with an ultimate plan of reconciliation, healing and salvation. In other words, few Christians would argue that God’s “long plan” is restorative, justice in the sense of all things once again being made right. Or as Dr. Martin Luther King, Jr. famously put it, “The arc of the moral universe is long, but it bends toward justice.”

Is this to suggest that the heart of Evangelical Christianity in America, the Bible Belt, has gotten the whole idea of God’s justice wrong?

In a word, it speaks more to our instinct that is rooted in God’s character. Christians are called to be particularly attuned to the plight of the victimized, as God is throughout both Old and New Testaments. This requires that those victimized, dehumanized and murdered at the hand of another be extended the fullest measure of justice available to us. Severe though it may be, it is argued that the closest we humans can come to God’s eternal justice is to (one might argue mercifully) extinguish the life of the offender.

Such a position necessarily relies heavily on God’s punitive justice, leaving the final decision of salvation to God Himself. The Bible Belt narrative here becomes uncomfortable, because it must—without the charge of cherry-picking verses or placing undue weight on one of God’s virtues at the expense of another—answer the question of our role God’s restoration.

That is, the conclusion must be holistic.

Could it be that we beg for God’s justice in terms of healing and restoration on Sunday even as we demand His retribution the rest of the week? Are we so convinced of our own moral standing that we feel as comfortable asking for God’s grace and forgiveness for ourselves as we do His wrath on another human being (one who may or may not be guilty)?

Sister Helen Prejean, a leader in the campaign to end capital punishment in the United States, believes, “there is an arrogance that we [Christians] are special people and are doing right.” Prejean identifies a prevailing attitude among Christians who support capital punishment that “the more Christian you are the more you believe in the death penalty, because you know you should be punished for your sins … that God wants pain for pain.”

While her statement is sobering at best (and perhaps inflammatory to those of us in favor of the death penalty), is it really so different from what Senator Mike Ritze, himself a deacon in a Southern Baptist church, said? “Because of our faith-based population … we believe in a devil, and we believe in a God. As a result, I think Oklahomans are very supportive of the death penalty.”

“As a result.” Emphasis added.

Only a narrow view of Christianity would assume that Christians should (or do) support the death penalty because it is the best or only response to an ultimate act of evil. Indeed, it is also a profoundly defective understanding of God’s holistic, restorative justice.

The truth is in Jesus Christ, Who extended His love and justice to us completely through the greatest act of sacrifice humankind has ever seen. The Paschal Troparion, sung during Easter by many expressions of the faith and adapted into a popular worship song, articulates this beautifully:

Christ is risen from the dead,

Trampling down death by death,

And upon those in the tombs.

Christ’s death, breaking sin’s curse upon us and restoring us into right relationship with God through belief in Him, has empowered us to participate in His restoration of all of creation. Marshall explains, “The Church is obliged to practice restorative justice in its own ranks and to summon society to move in the same direction.”

The God of the Bible, the whole Bible, is by its very nature life-giving. Even in the hands of an angry God, where His wrath is promised point by excruciating point to His fallen children, a ray of hope shines. The prophets (Isaiah, Hosea, Ezekiel, Jeremiah) never fail to encourage that in the end, God will return His children unto Himself with an outpouring of love, mercy and healing.

By trusting in Christ and following His commands, we follow His highest example—the restoration of all mankind through His love—rather than relying on a selective interpretation of retributive measures. These mere means to an end are not the end Himself. Only by modeling His just nature in completeness can we demonstrate that Christ’s Church is one of forgiveness. Reconciliation. Restoration.

It is a Church where any man or woman, no matter how wicked, can experience the fullness of freedom found in Christ alone.

The First Reviews for ‘Wonder Woman’ Are Here and … They’re Really Good?