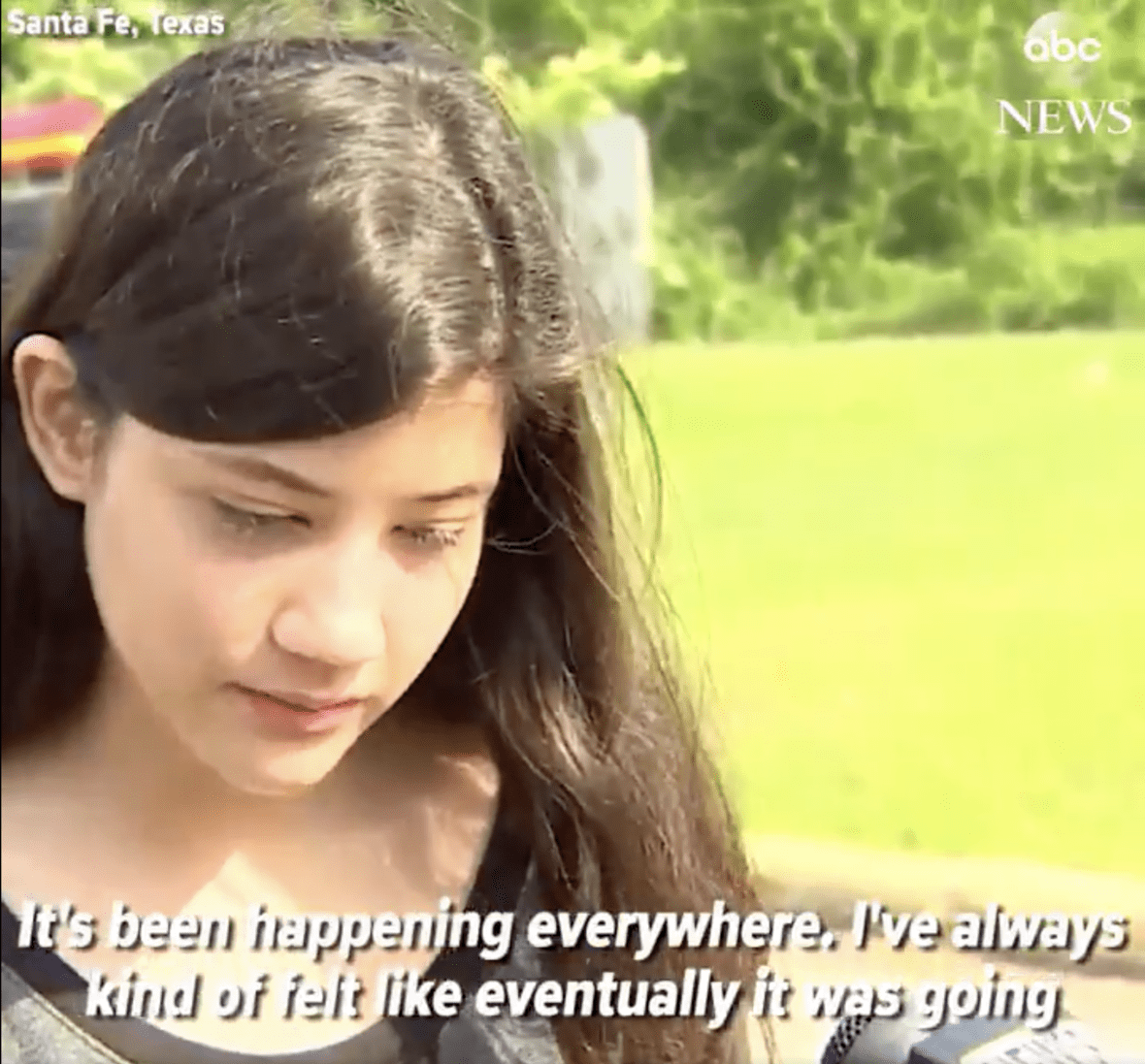 This morning’s school shooting at Santa Fe High School in Santa Fe, Texas, killed at least 10 people, according to reports.

In a devastating ABC News interview in the aftermath of the shooting, one of the survivors—who is just a teenager—tells a reporter that a shooting happening in her very own school did not surprise her.

The reporter asks: “Was there a part of you that was like, “This isn’t real. This wouldn’t happen at my school?”

The student chuckles wryly, shakes her head and says, “No. There wasn’t.” The reporter asks her why, and she says: “It’s been happening everywhere. I’ve always kind of felt like eventually it was going to happen here too, so—I don’t know. I wasn’t surprised. I was just scared.”

Heartbreaking moment as Santa Fe High School student is asked if she thought a shooting 'would not happen' at her school:

"It's been happening everywhere. I've always kind of felt like eventually it was going to happen here too." https://t.co/kymFDSH6D5 pic.twitter.com/0akC5liZn4

Although as a culture we’ve become widely desensitized to this kind of violence, it’s not normal and it’s not OK for America’s children to feel this way about going to school every day.

Dallas Mayor Tells Officials, ‘Spare Us Your Thoughts and Prayers and Do Your Job’ After School Shooting