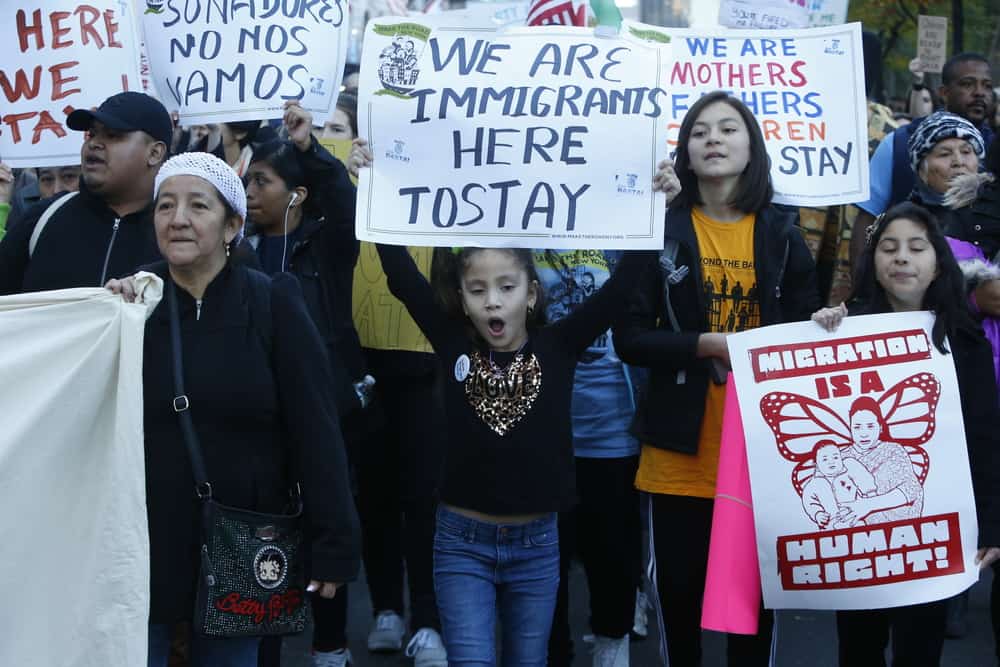 In what could be considered a slap in the face to immigrants all over the country, the U.S. Citizenship and Immigration Services Office announced that it would be amending its mission statement to remove the phrase “nation of immigrants.”

USCIS secures America’s promise as a nation of immigrants by providing accurate and useful information to our customers, granting immigration and citizenship benefits, promoting an awareness and understanding of citizenship, and ensuring the integrity of our immigration system.

According to an email sent to staff members and shared with The Intercept, it would be amended to read:

U.S. Citizenship and Immigration Services administers the nation’s lawful immigration system, safeguarding its integrity and promise by efficiently and fairly adjudicating requests for immigration benefits while protecting Americans, securing the homeland, and honoring our values.

The agency’s director, L. Francis Cissna, explained in the email, “I believe this simple, straightforward statement clearly defines the agency’s role in our country’s lawful immigration system and the commitment we have to the American people.”

In the email, Cissna emphasized the major change as being the removal of the word “customers” to refer to those seeking immigration services.

When The Intercept reached out for clarification and explanation about the removal of “nation of immigrants,” the Chief of Media Relations responded, “The statement speaks for itself and clearly defines the agency’s role in our country’s lawful immigration system and commitment we have to the American people.”

USCIS confirmed to Newsweek that the change did not come from the White House and it has been approved by the Department of Homeland Security.

“We cannot separate ‘immigrants’ from ‘Americans’—we are intrinsically linked as children, parents, neighbors, and loved ones,” Human Rights First Director Eleanor Acer told Newsweek. “By seeking to distinguish between the two, the administration is turning its back on our nation’s proud history and engaging in dangerous revisionism.”

Joel McHale Is Still Funny, But Can He Survive On Netflix?

Seriously: A Flamin’ Hot Cheetos Movie Is Now In Development