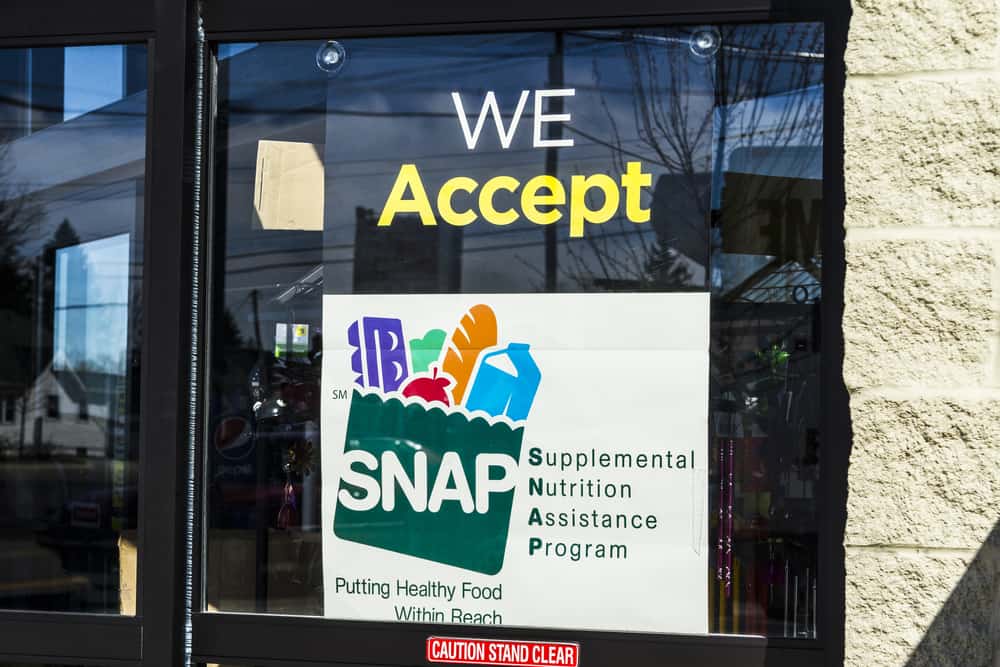 In a budget request for the 2019 fiscal year titled “An American Budget,” the Trump administration is proposing not only a cut to the Supplemental Nutrition Assistance Program—known informally as food stamps—but the proposal would also keep recipients from being able to choose the majority of what they use their benefits on.

The proposal would affect SNAP recipients who get at least $90 each month in benefits, which is about 80 percent of recipients. They would get half of their benefits in a “USDA Foods package” and the other half as they normally do—through a reloaded debit card.

According to the budget proposal, the package would have things like “shelf-stable milk, ready-to-eat cereals, pasta, peanut butter, beans and canned fruit and vegetables” that are “100 percent U.S. grown and produced.” Nothing fresh would be included in the box.

White House OMB Director Mick Mulvaney referred to the idea as a “Blue Apron-type program,” referring to the luxury boxed ingredient program that includes fresh produce and meat and also allows customers to choose their meals.

The Trump administration called the plan a “cost-effective” one without a “loss in food benefits to participants.”

The proposal has been met with criticism, to say the least. Critics are questioning the logistics of the proposal, like how SNAP recipients and rural areas would receive their boxes or what would happen with those with food sensitivities or allergies. They’re also questioning the morality of telling low-income people what to eat.

The Food Research and Action Center referred to the plan as “a Rube-Goldberg designed system” that would be “costly, inefficient, stigmatizing, and prone to failure.”

The USDA contends that it could produce the boxes at about half the retail cost, according to the budget proposal.

This change—along with a proposal to end the Public Service Loan Forgiveness Program, cut federal work study in half and largely affect income-based student loan repayment plans—would need to be approved by Congress along with the rest of the proposed budget.