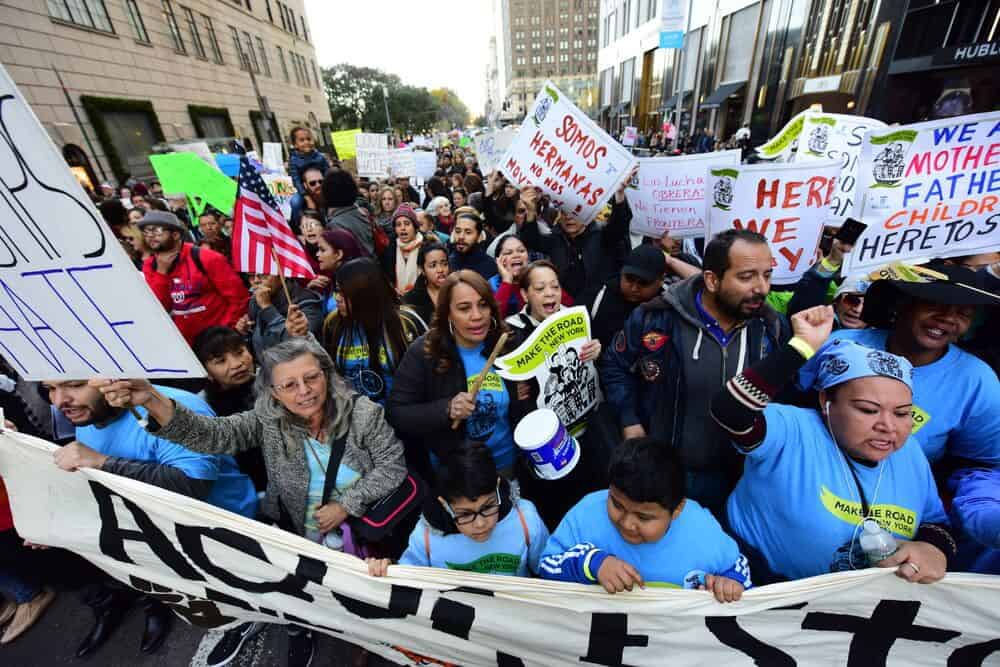 For all the talk about MS-13, it would be easy to think that gang members regularly attempt to enter the United States, but according to statistics put out by U.S. Customs and Border Protection, that’s simply untrue.

According to their numbers, only 0.09 percent—less than a tenth of 1 percent—of the 310,531 people detained for illegal entry in 2017’s fiscal year were a member of a Central American gang.

The changing demographics of who is trying to enter the United States’ Southern border is proof of that. From the Associated Press:

In 2000, U.S. border patrol agents caught 1.6 million immigrants on the southwest border. Of those immigrants, 98 percent were Mexican, and only about 29,000 came from other countries.

Contrast that with 2017, when nearly 163,000 immigrants from El Salvador, Guatemala and Honduras were caught on the border—and roughly 128,000 Mexicans.

“These are people who are, for the vast majority, fleeing violence,” said Kathy Bougher, an American researching the human toll of migration. “And they need safety.”

RELEVANT Roundtable: Which Movie Makes You Feel the Most Patriotic?

Church Sign of the Week: One for the Kidz