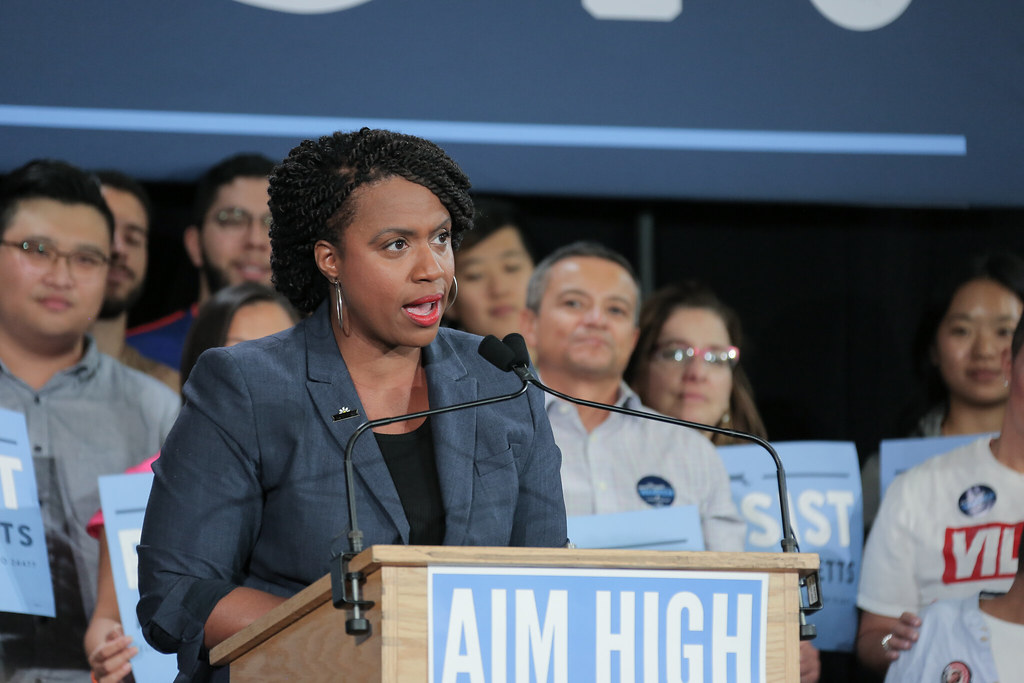 On the same day that Attorney General William Barr that the Justice Department will reinstate the death penalty after a two-decade break Rep. Ayanna Pressley is set to introduce a short bill that would end capital punishment at the federal level.

According to WBUR’s Kimberly Atkins, Pressley called the death penalty “vile” and said that “[t]he same racist rhetoric coming from the occupant of the White House who called for the execution of the Exonerated 5, is what led to this racist, vile policy.”

“The Exonerated Five” is a reference to the Central Park 5, the five black and Latino teenagers who were falsely arrested and imprisoned over the rape of a woman in Central Park in 1989. Now-President Donald Trump took out full-page ads in every major New York City newspaper calling for the five boys to be executed. He has never apologized.

In response to Barr’s announcement, the Bureau of Prisons has set the execution dates of five inmates who have used up all their appeals.

Pressley is part of the informal collective of incoming congresswomen known as “The Squad”, whose social media savvy and activist policies have stoked tensions among established Democrats and prompted a racist tirade from Trump himself over Twitter.

Pressley’s bill, not unlike her colleague Congresswoman Alexandria Ocasio-Cortez’s New Green Deal, faces virtually impossible odds in the Senate, let alone the President’s desk, but she seems resolved nevertheless, tweeting that “the death penalty has no place in a just society.”