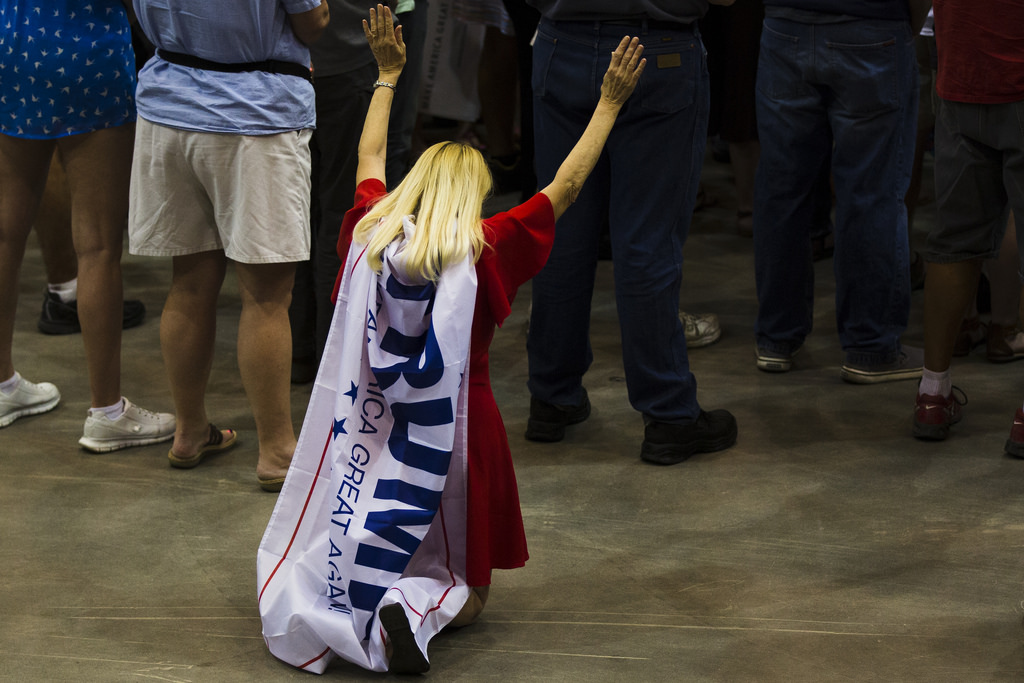 The precise stat isn’t quite correct. The number is actually 80 percent (nobody seems quite sure where the oft-repeated extra digit came from, but it’s not from actual data), but that’s not a statistically significant quibble. Nevertheless, a new study from the the Billy Graham Center Institute at Wheaton College in conjunction with LifeWay Research sought to shed a little extra light on the number.

The report is being framed as “debunking” the 81 percent, but that feels a little off since it doesn’t actually debunk the stat at all. Eighty percent of white evangelicals who voted in the 2016 election voted for Donald Trump, compared to just nine percent of black evangelicals.

What the new study does is explain some the reasoning behind that stat, and what it finds is a little eyebrow raising. The study found only half of evangelical voters said they were voting for a specific candidate, meaning the other half conceivably were motivated by other reasons, such as being against Hillary Clinton or, perhaps, being for the broader legislative goals of the Republican Party. The argument is that this means there’s an asterisk next to any “Eighty percent of white evangelicals support Trump!” statement. They voted for Trump, goes the argument, but they don’t necessarily support him.

Things became interesting when evangelicals were asked about what issues were most important to them. Contrary to the prevalent theory that evangelicals are single-issue voters, the most common reasons given were the economy, healthcare and immigration. The Supreme Court, personal character and abortion actually finished dead last in this survey.

It’s an interesting survey that will probably become more interesting in the weeks leading up to the midterm elections in November, when all eyes will be on white evangelicals — widely considered the least flexible members of Trump’s base of support — and whether they’ll be willing to stick with him and his party for another two years.